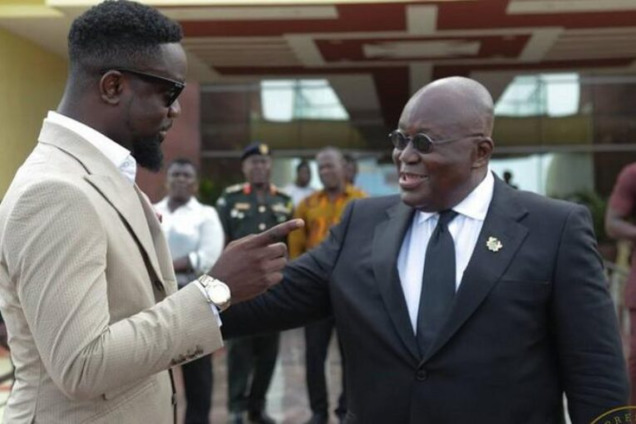 Award-winning Ghanaian rapper, Sarkodie, was one of the vociferous musicians during the tenure of former President Mahama.

The boss of Sarkcess did shy away from telling the then government the plight of Ghanaians and happenings in the country via his songs.

Between 2013 and 2016, Sarkodie released some songs that he used to address several issues of national interest.

Key among the issues the 2014 MTV base awards winner addressed in his songs at the time was the intermittent supply of power which is called “Dumsor.”

The “Dumsor” menace hit Ghanaians so hard that celebrities like Yvonne Nelson, Prince David Osei, and others had to stage a “Dumsor” vigil to register their displeasure.

Well, there is no denying the fact that the ‘Dumsor’ menace coupled with a lot of other issues landed the NPP that resounding victory in the 2016 election.

Well, in the few months, Ghanaians have been complaining about the rising cost of living in the country and how life has become difficult as a Ghanaian.

Despite the cries of many Ghanaians on social media, it appears Sarkodie and the other people who were hitting hard at the NDC government are quiet now.

Some followers of Sarkodie have there started to mount pressure on him to release a song just like he did during the tenure of John Mahama to put President Akufo-Addo and his government on their toes.

The calls were sighted under a tweet Sarkodie made on Twitter which reads: ‘Ghana is getting it organically but we gotto maintain it intentionally’

Ghana is getting it organically but we gotto maintain it intentionally

Check out some of the replies below…

Your followers are dying of hunger kindly speak truth to power! You have the platform and the influence to make things happen!

Like ebi Mahama ein time by now you dey tweet about people not being able to purchase prepaid but as ebi your man di33 you dey talk about organic den things wey no dey need.

Sark am sure you are aware of how much Ghanaian love you and how much someone like you can influence things. Please talk about how bad the situation in Ghana is at the moment. Thank you 🙏 all love

Tweet is quite ambiguous! Anyways high time you start hitting hard at this NPP government for their mismanagement of the economy as you did against Mahama. It’s only fair you do so Kabutey!

Sarkodie Shows Great Love To Shatta Wale As He Endorses His...