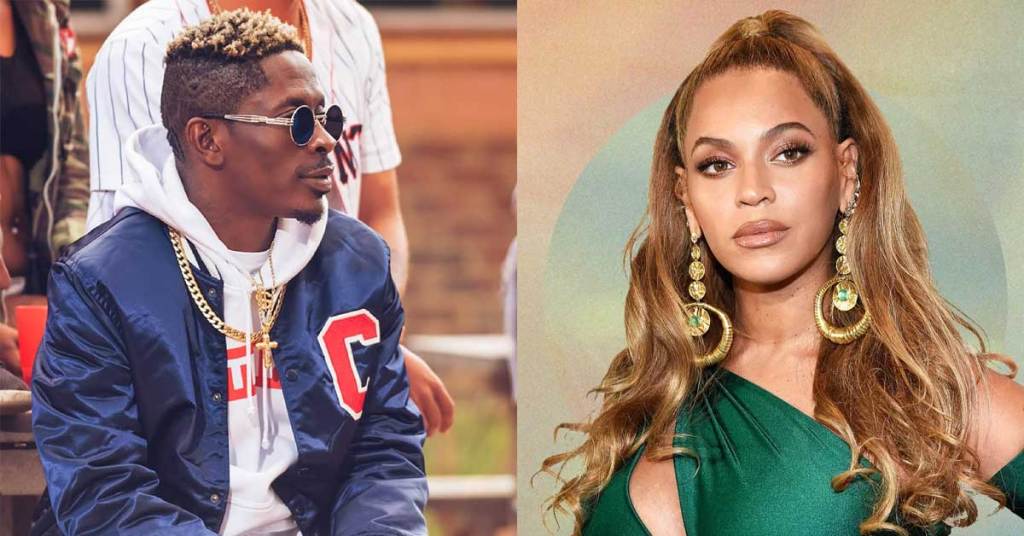 The video which is exactly how it was anticipated is actually not so close to the video that was leaked weeks ago.

Surprisingly some parts of the video appear to have been shot in Ghana as a goat market and a ‘kiosk’ bearing the popular ‘A.M.A’ warning were seen in the video.

Again, some dancers were seen dancing on a street that looked so much like a part of Accra which sellers and kids gathered to watch the dance moves.

The video however sees Shatta Wale, known in real life as Charles Nii Armah Mensah, dancing with the Ghana flag and doing so while donning his many necklaces and rings.

The over 4-minute video saw scenes from many places and features a lot of extras and professional dancers who were painted in different colours with some also appearing barechested.

Portions of the video saw Shatta Wale seated on a horse as he sang his verse of the Already song and also danced with Beyoncé in what looked like a warehouse.

The song features a lot of Ghanaian dance moves as well.

From the video, one can emphatically state that the rumors of Beyoncé being in Ghana during of Year of Return was actually true.