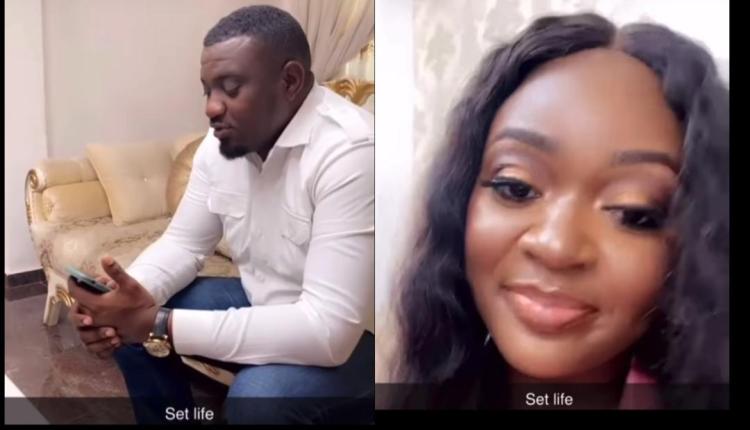 Ghanaian actor and entrepreneur, John Dumelo has gone back to his first love, which is acting after he conceded defeat to Madam Lydia Alhassan in the just ended parliamentary race at the Ayawaso West Wuogon Constituency.

In some videos, we have seen online, he was spotted his colleague Jackie Appiah and radio presenter, Hammer Nti on the set of a movie shoot.

John Dumelo has always been a fantastic actor and we have doubt that the situation will be different now that he is back to it.

It should be noted that this does not mean that he has given up on his political ambitions.

Just about three days ago, he authored a long post to disclose that he is hopeful of coming back stronger to defeat Madam Lydia in 2024 for the Ayawaso West Wuogon Parliamentary contest.

Check the video of him on set below