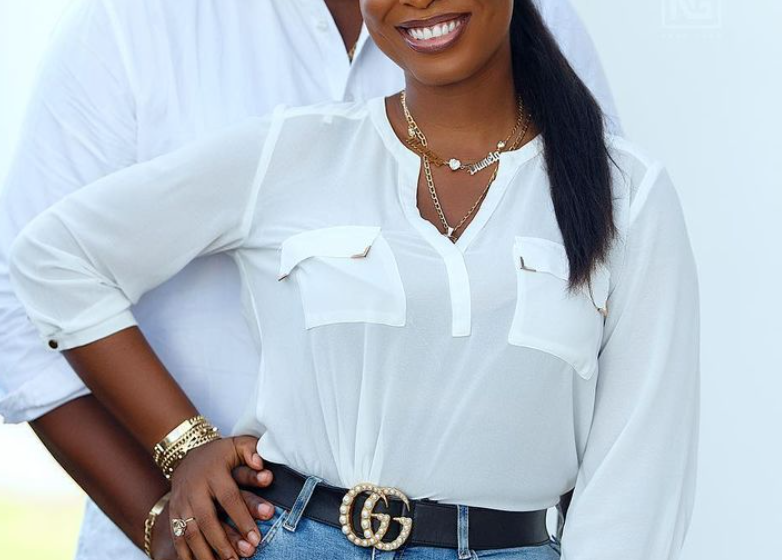 Gifty Mawunya Nkornu, the wife of Ghanaian actor and politician, John Dumelo has congratulated him following his defeat in the Ayawaso West Wuogon Parliamentary Contest.

In a post sighted by Zionfelix.net, Gifty stated that her husband performed spectacularly and made history for his party—National Democratic Congress (NDC).

Despite his defeat, Gifty took solace in the numbers that her husband polled as a first-time contender in an NPP stronghold.

She wrote: “Praise the Lord!!! In all things Lord ,me and my household will forever worship the Lord. Babe @johndumelo1 congratulations on such a spectacular performance and making history in Ayawaso west . For a first time contender in an NPP stronghold and closing the gap by such a margin, woooow !!!!you have really raised the status quo and you know what, you deserve a standing ovation👏🏼👏🏼.

“So babe dust it off and move with your head so high like a king and a leader that Uve been ordained to be. You are an inspiration to many and your hardwork and determination is apparent to all. You are a winner and will always be 👏🏼👏🏼💪🏾 #idey4u.”

After he lost to NPP’s Lydia Seyram Alhassan, John Dumelo wrote to the District Electoral Officer requesting for a recount of ballots at the constituency.