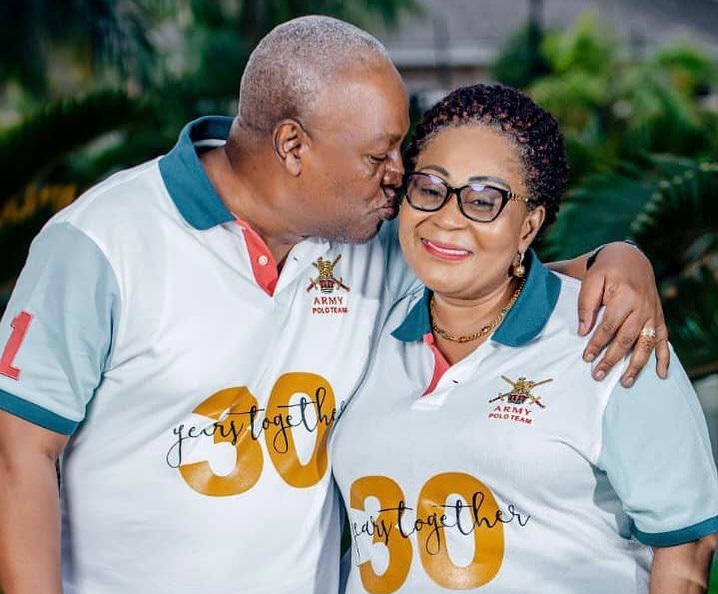 On this special day, John Mahama decided to show of his poetic character with a sweet message to his wife via his social media pages.

He shared a lovely photo of himself giving his wife, Lordina a kiss on the cheeks and added a very simple but sweet caption.

The caption of the photo he shared reads: “Marriage is a blessing when it is with the right person. In my wife, Lordina, I have found a life-partner with whom I have shared every step of life’s journey this past 30 years and more.”

READ ALSO: ‘Stop Playing With Us’ – Camidoh Tells Government As He Reacts To Reports About Sim Card Registration Deadline

Ahead of their anniversary today, former President John Dramani Mahama and his wife Lordina inaugurated a newly built Maternity and Children’s Ward for the Bole District Hospital as part of activities to mark their 30th anniversary.

Share
Facebook
Twitter
Pinterest
WhatsApp
Previous article‘Stop Playing With Us’ – Camidoh Tells Government As He Reacts To Reports About Sim Card Registration Deadline
Next articleLove In The Air! Tracey Boakye’s Husband-To-Be, Frank Breaks His Silence On Their Forthcoming Wedding
- Advertisement -

I Know I’m One Of Ghana’s Biggest Problems – Moesha Boduong...