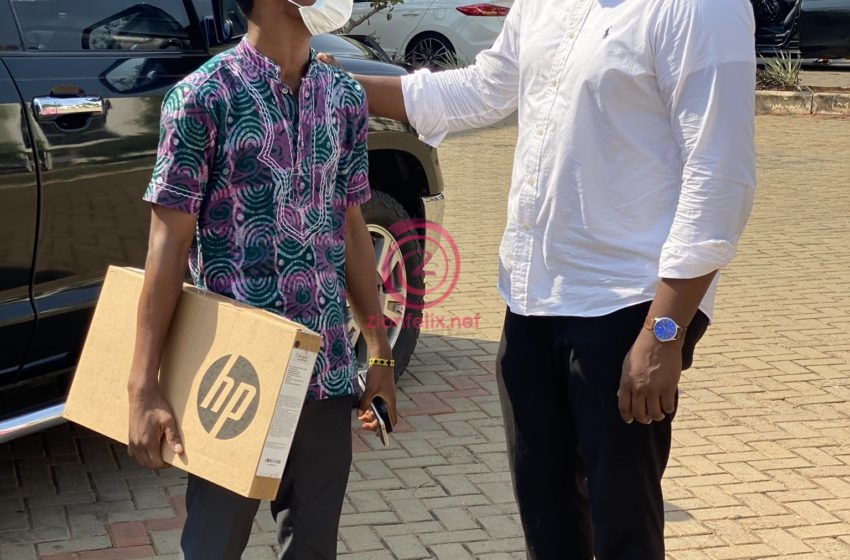 Ghanaian Actor, Farmer and Politician John Dumelo has resumed his philanthropic activities after losing his bid to represent the people of Ayawaso West Wuogon in the recent December 2020 election on the ticket of the National Democratic Congress (NDC).

The former NDC parliamentary candidate secured some 4,000 laptops some of which were distributed to some needy tertiary students in his constituency during the campaign period. While many commended him for the move, some believed the gesture was a ploy to canvass for votes.

John Dumelo has now proven his critics wrong as he resumed his kindness after the election which was held on December 7, 2020. On Tuesday, the actor donated a brand new HP laptop to one John Yao Avu who is a student at the University of Ghana Medical School in Korle-Bu.