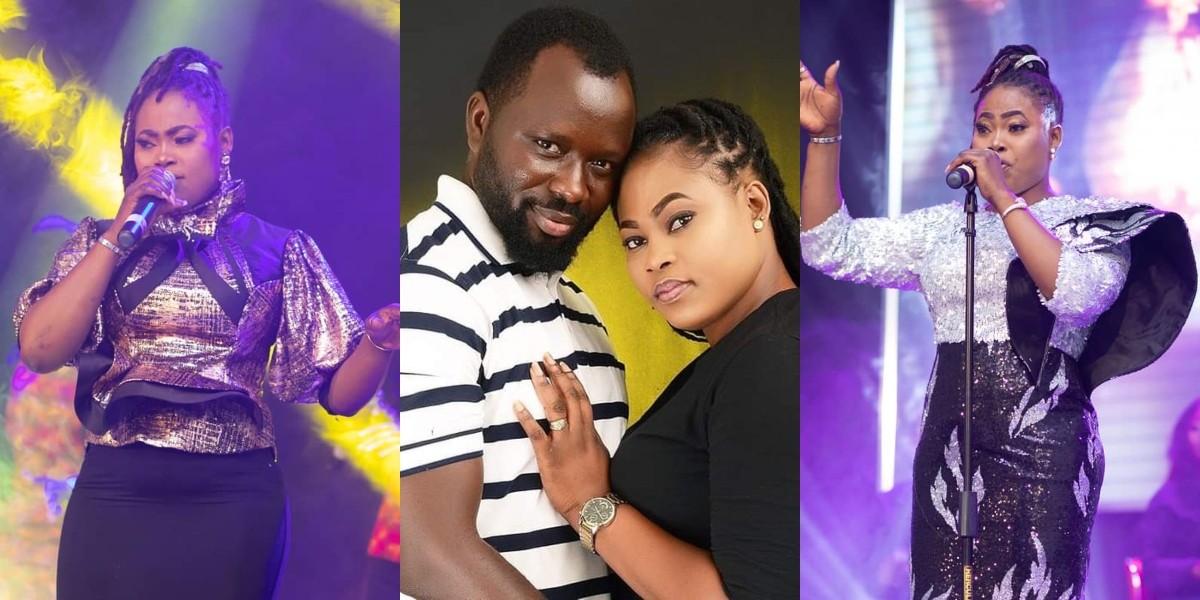 Multiple award-winning local gospel singer, Joyce Blessing, has been spotted in a video shedding tears while recounting what she called sabotage from Dave Joy on her career.

In a video sighted by Zionfelix.net on IG, Joyce Blessing was narrating her ordeal in a radio interview at Accra-based Peace FM and she got emotional.

According to her, before she shot her virtual concert, one of the organizers held a meeting with Dave Joy in attendance and they all came into agreement.

She indicated that Dave Joy remarked that he would have come to distract the virtual concert if he had not been informed about it at the meeting.

The I Swerve You singer however said that after they shot the virtual concert, Dave Joy took a snippet of it and posted it on her old social media account.

She said this move was going to thwart her efforts at posting and monetizing the same content on her new account.

The singer even revealed that the content she posted on her page received a strike from Dave Joy Production and she added that she had an email to that effect.

She recounted that she even spoke to Dave about the issue and he claimed that the content that he had posted was one of her old concerts but the singer said it was not true.

Joyce Blessing said even though the old account was for her, she decided to leave it and create new ones but Dave was distracting her.

She said at one point, she asked him if he wanted her to beg for alms to be able to fend for herself and kids.

The gospel star said she was cool with the damage that had already been caused but it appeared he had become her enemy.

She said she had not done anything to her husband but the way he was doing things nowadays was making life unbearable for her.

Joyce concluded by saying that they were just having marital issues and that they should not let that get into her career and brand that she had worked so hard to build.

Nana Adjei Sikapa’s Wife And Children Weeps At His One Week...