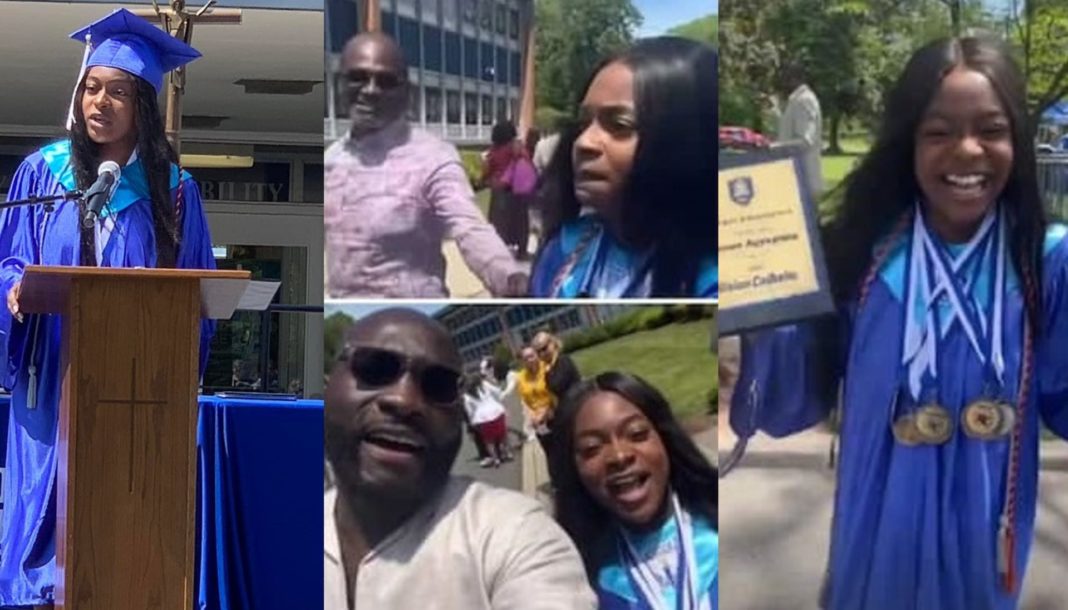 The Member of Parliament for Assin Central, Kennedy Agyapong, and his kids stormed the Union Catholic High School in the USA as his daughter, Yvonne Agyapong finally graduated from the school.

It was a movement for the controversial MP and the siblings of Yvonne to be so proud and lift their shoulders high as she bagged seven out of the eight awards given out on the day.

The 18-year-old adorable young lady picked the awards as the top student subjects like Mathematics, Spanish, English, Social Studies, and others.

Yvonne, for that impressive record set in the high school which is located in New Jersey also graduated as the valedictorian out of the 168 graduands.

READ ALSO: I Love My Wives – HenDee19 Groom Opens Up For The 1st Time About Second Marriage, Shares Adorable Photos With 2 Wives

A video from the graduation ceremony which was shared on the Instagram stories of Yvonne’s elder brother, Kenneth Agyapong, has the whole family, especially her father, Kennedy Agyapong beaming with smiles.

The latest valedictorian in town also gave the family a little speech as she proudly flaunted all the awards she had won.