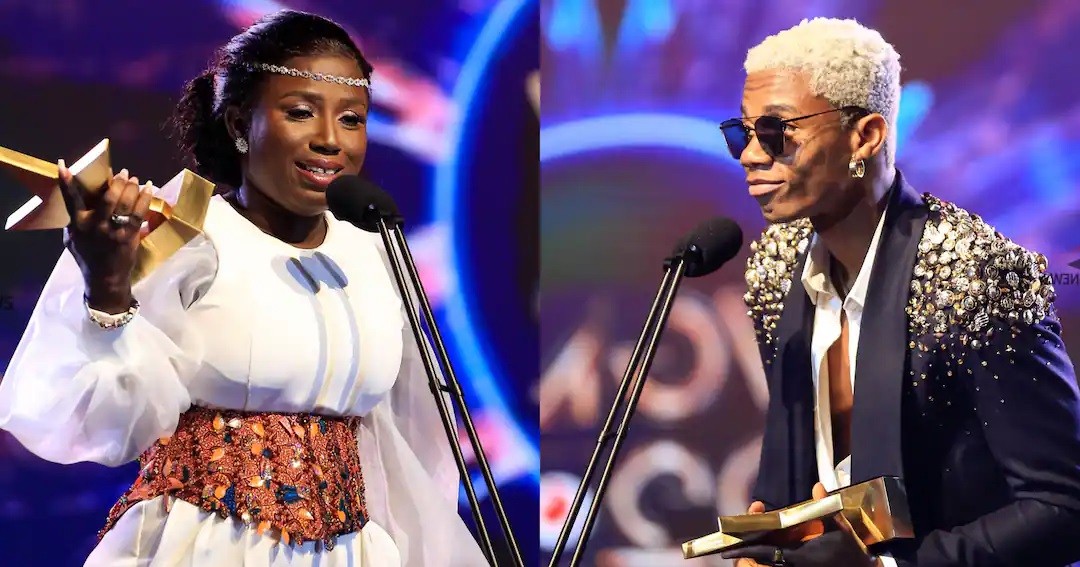 Lynx Entertainment’s signed artiste, KiDi has finally come back to speak to his fans and followers as he promised last night on the VGMA stage at the 22 edition of the prestigious awards.

The musician, who had high hopes of walking home with the Artiste Of The Year Award failed to grab the coveted award on the night after popular gospel musician, Diana Antwi Hamilton beat him to it.

Following his failure to become Artiste Of The Year, a lot of the folks on social media have been trolling him, especially, after a video of him storming out of the auditorium surfaced online some few after the ceremony.

In the wake of all the trolls, the super-talented musician has taken to his Instagram live to react and tell his fans that all is well with.

READ ALSO: VGMA22 Red Carpet: Check Out Photos Of The Best And Worst Dressed Ghanaian Celebs On The Carpet

In the live video, he was heard playing Diana Antwi Hamilton‘s ‘Adom’ song in the background. He told his fans that he will be doing a little live concert to perform some of the songs on his recently released ‘Golden Boy’ album for them.

Funny enough, even though KiDi said that all was well with him, he disclosed that he has a personal score to settle with the new Deputy Minister of Creative Arts and Tourism, Mark Okraku Mantey over how he announced the winner of the Artiste of The Year last night.

Share
Facebook
Twitter
Pinterest
WhatsApp
Previous articleVGMA Organizers Failed, I Won’t Score Them Even 30 Per Cent For The Work They Did – Bulldog
Next articleVGMA Board Chairman Drops Hot Shade For 3Music Awards Organizers After A Successful 22 Edition – (+screenshot)
- Advertisement -