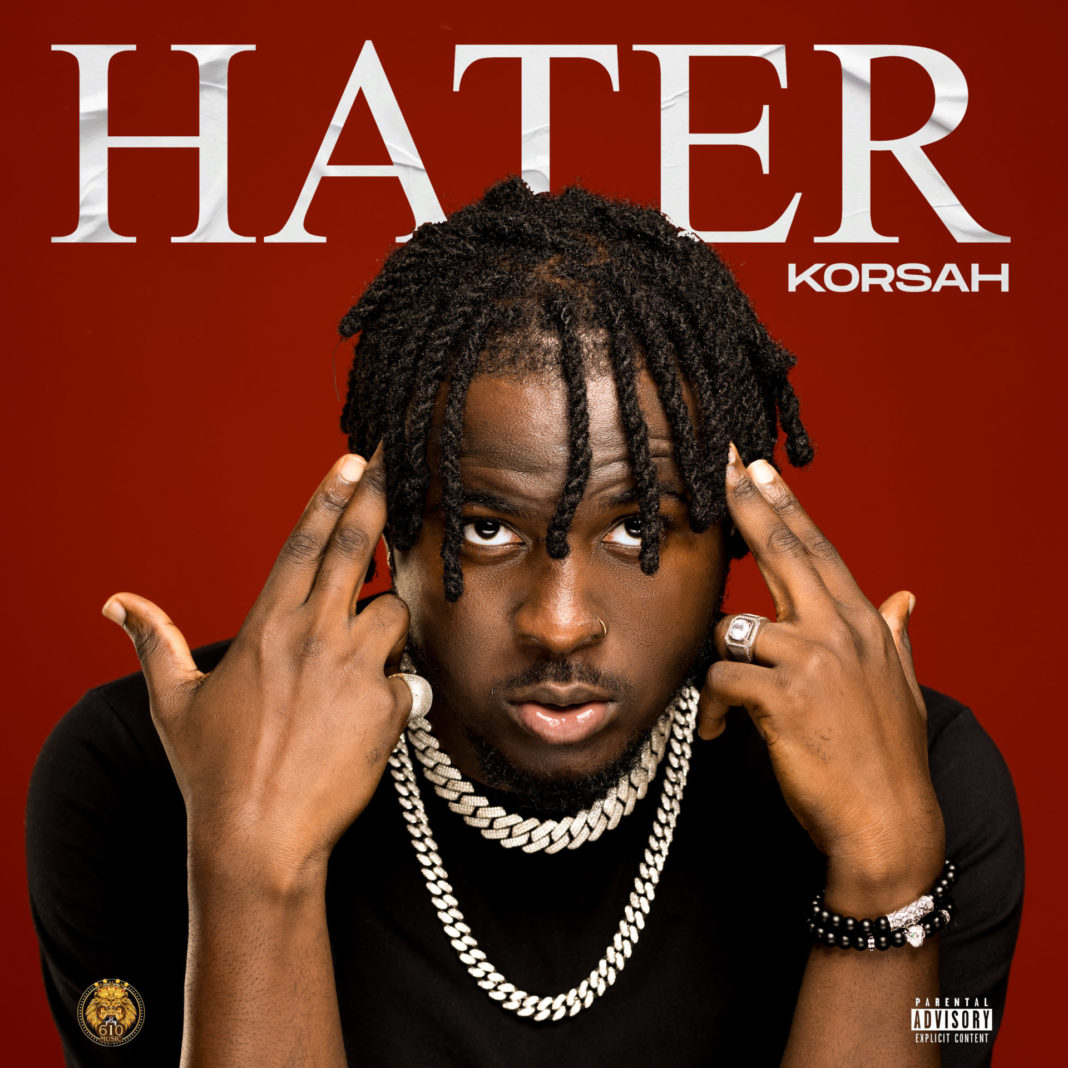 Ghanaian rapper Korsah seems to be ending 2022 on a spectacular note. In June, the Afro-hip-hop artist was announced as a signee of the California-based US record label 610Music.

“Hater” was co-written by Korsah and features production from Dominican producer RC Beats and Kofi Sonny, CEO of 610Music. Atlanta-based record engineer, KY Engineering, who has worked with the likes of 2 Chainz and Meek Mill mastered the hip-hop track.

The catchy single has been treated with a befitting music video directed by Jwillz.

Listen to Hater here. Check out the music video.