Every rumour they say comes with some iota of truth and Ghana has not spared the private life of undoubtedly the most physically endowed actress in Ghana, Christiana Awuni.

Rockstar as she prefers to be called for some years now has been making news for her alleged amorous relationship with the well-statured and talented Kumawood giant Bishop Bernard Nyarko
The two have been spotted together on countless occasions and this seems to register the truth that obviously the two are dating.
Reacting to the rumour of warming each other’s bed on Hello FM in Kumasi, the actress went mad at Youtubers who are trying to make money off her relationship and insolently described it as an act of stupidity.

When pushed further by the tactical interviewer Dave Hammer to ascertain or deny the rumour, she said “Even married people cheat, so what is their concern if an actor is going out with another. If you guys can’t have more important stuff to discuss, you better leave us alone. I will hunt down any media house who talks about my relationship again* she cautioned furiously.”

This left most of showbiz enthusiasts very angry at the actress remarks as they considered it very disrespectful and abusive to make such utterances as a celebrity with no private life and on top of it, she was given a huge platform to redeem herself and couldn’t.

Read Also: Yes, I Dated Ernest Opoku – Tracey Boakye Reveals Some Of The Dirty Things That Happened In Their Relationship 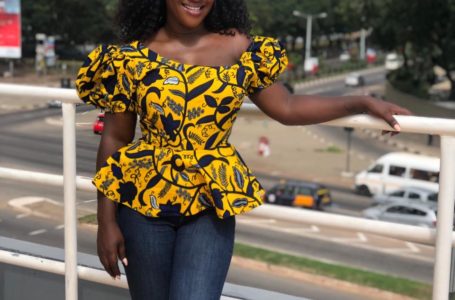