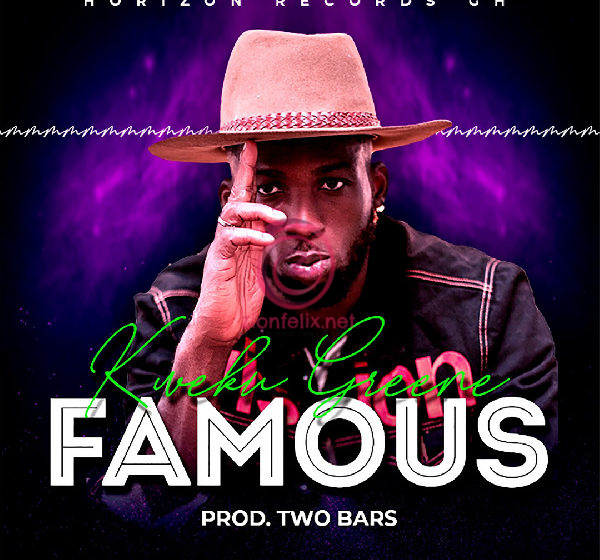 The competition is tense and no one is resting on their oars – Kweku Greene knows this!

Ghanaian afro-fusion sensation, Kweku Greene is out with a new banging single and he calls it, ‘Famous’.

In ‘Famous’, Kweku Greene talks about faithfulness; the act of staying by your man even when he’s broke rather than abandoning him and later hail him when he finally makes it. Just like his other hit freestyles, he depicts such distinctive songwriting skills as a compliment to his singing prowess.

The veneration of future legends is essential to the growth of the creative industry and at this moment, Kweku Greene deserves all the accolades as he keeps staggering numbers on both the video and audio of ‘Famous’, a feat that is not achieved, usually by the many established artistes in Ghana.

With his unique way of singing, Kweku Greene, who started garnering numbers and attention on social media, is elevating his craft and popularity, in such a short space of time.

It is evident Kweku Greene’s ‘Famous’ will top the music charts for months and will be a record-breaker as one of the few songs to gain world recognition within days of release.

READ ALSO: I Am Yet To Meet A Grateful And Appreciative Person Like Medikal – Criss Waddle

Under Horizon Records, Kweku Greene hopes to establish his personality in the minds of music lovers and cement his place as one of the blossomed Afro-Fusion artiste in the new generation.

The chart-topping song, ‘Famous’ is out on all online music platforms and streaming services.