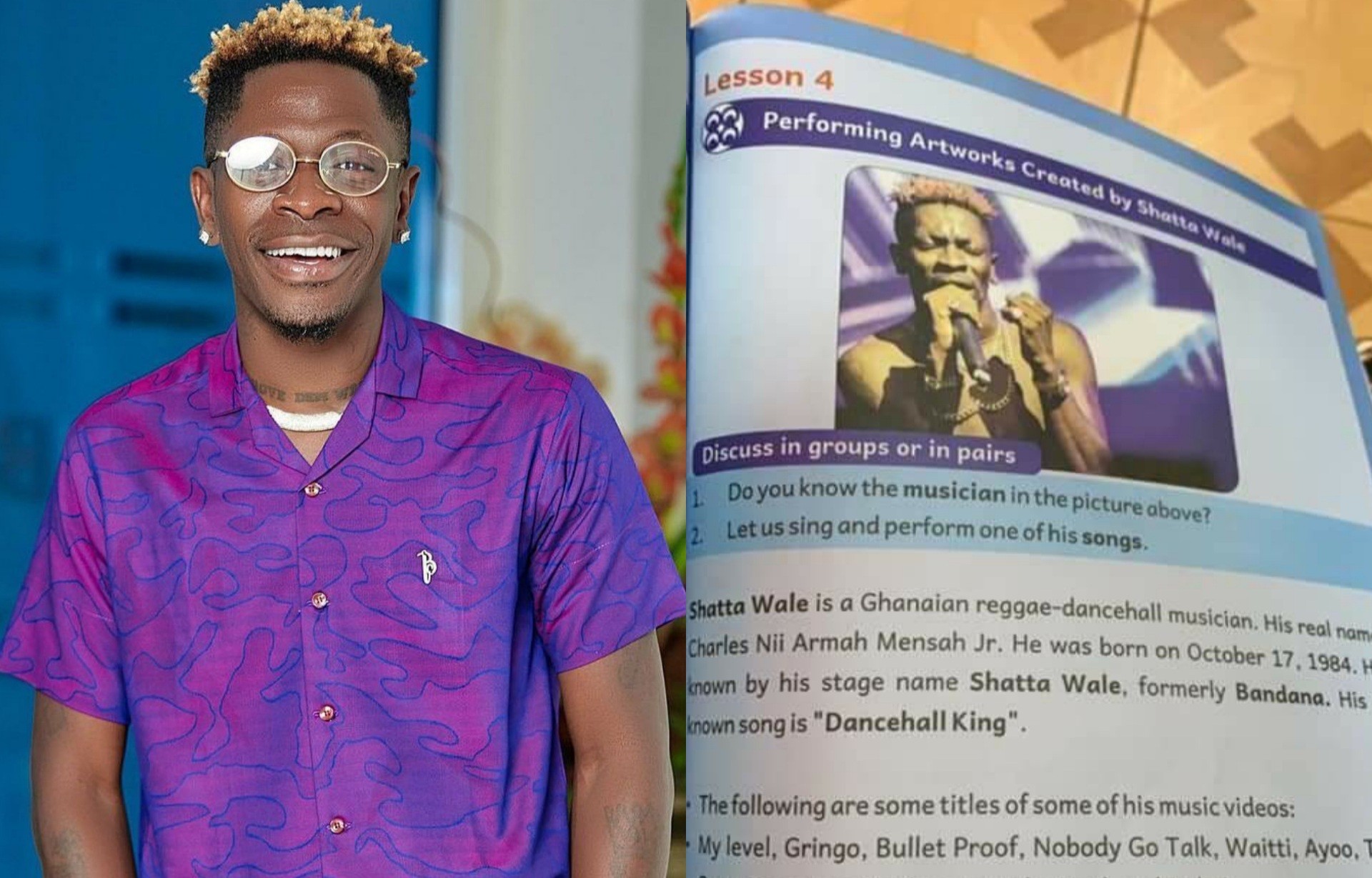 Photos of him are currently trending online after he was featured in a textbook to be taught in basic schools across the country.

The photos of the “Gringo” hitmaker were sighted in a Primary 4 Creative Arts textbook.

The book published by the Alpha and Omega Series publications wrote briefly about Shatta Wale’s background.

The lyrics of one of his songs, “Neighbourhood Hero” was also written in the textbook for the pupils to learn.

He may not win a Grammy but the Shatta Movement boss is being studied in schools like a legend.

See the Photos below:

Stonebwoy Suggests That Shatta Wale’s Fans Are Thieves – I Bet...