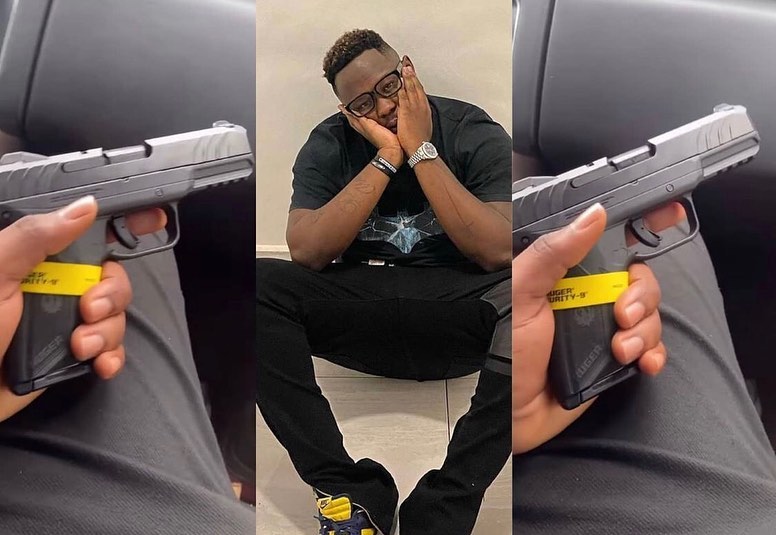 Lawyers of rapper Medikal known in private life as Samuel Adu Frimpong have prayed the court to release the gun of their client.

The lawyer, Alice Nimako Debrah Ablormeti appeared in court on Tuesday January 25th in connection to the rappers case.

READ ALSO: VIDEO: Sad Scenes As Afia Schwarzenegger Breaks Down And Weeps Uncontrollably At Her Late Father’s One Week Observation

She pleaded with the court to make an order to the police to release the rapper’s gun.

The presiding judge, Emmanuel Essandoh asked lawyers of the rapper to come up with a formal application regarding the release of the weapon.

At the Tuesday hearing, Lawyer Ablormeti held brief for the substantive lawyer. She told the court that the accused and his legal team have not been served with the processes and disclosures to properly mount a defense for their client.

Responding to lawyers of the State Prosecutor, Chief Inspector Dennis Terkpetey, in response prayed the court for an extension of time within which to file processes, disclosures, and witness statements and serve the same on accused persons.

The request for the extension of time for the prosecution to file their processes was granted by the judge.

Medikal is standing trial for displaying a firearm on social media which led to his arrest last year.