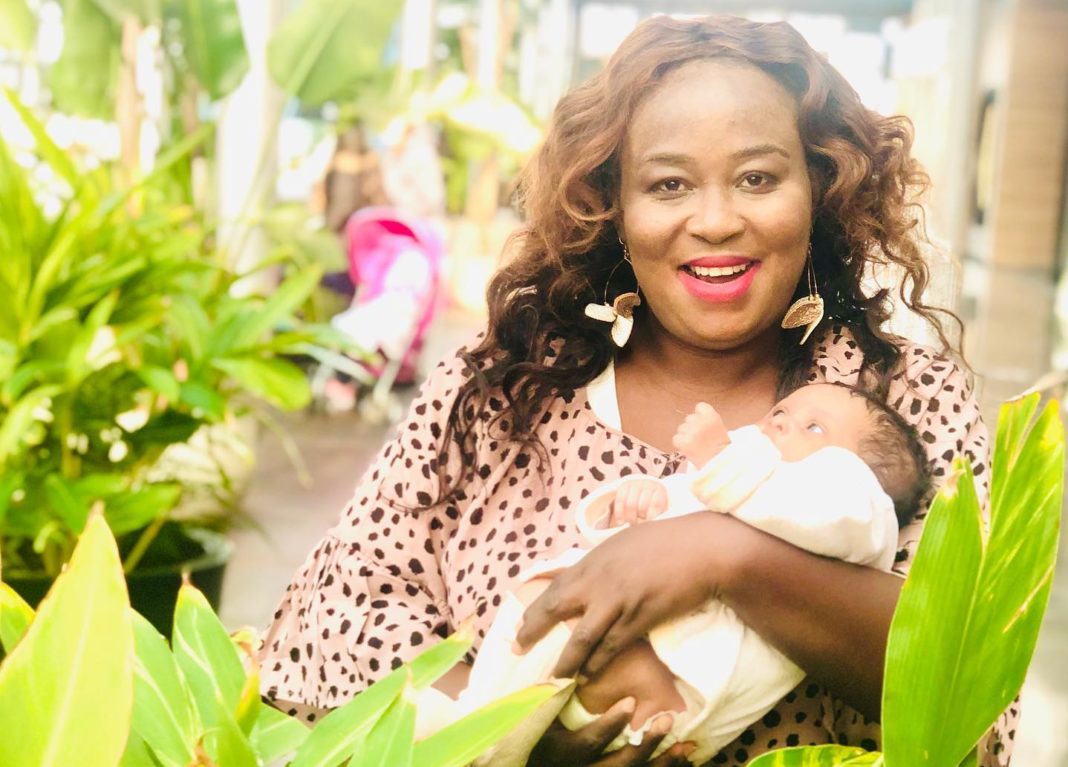 Ghanaian events organizer, Mimi Andani aka Mimi Divalish has a lot to be thankful to God for after she finally welcomed her first child after six years.

Mimi and her husband, Nana Michaels got married in August 2016 and per her own revelations, she had been struggling to conceive until she was finally blessed with her adorable baby girl.

Announcing the birth of her adorable baby girl online, Mimi stated she had two failed pregnancies, including one chemical pregnancy amidst anxiety, panic attacks, and depression.

Well, the baby is a few weeks old already and it appears Mimi cannot still have enough of the goodness of God.

She has pained another message to thank God for protecting her daughter and herself as she flaunted the baby.

Read the full caption of the adorable photos she shared online below: