My Daughter Is Not On Social Media, All Those Accounts Were Created By Scammers – Mahama Issues Disclaimer 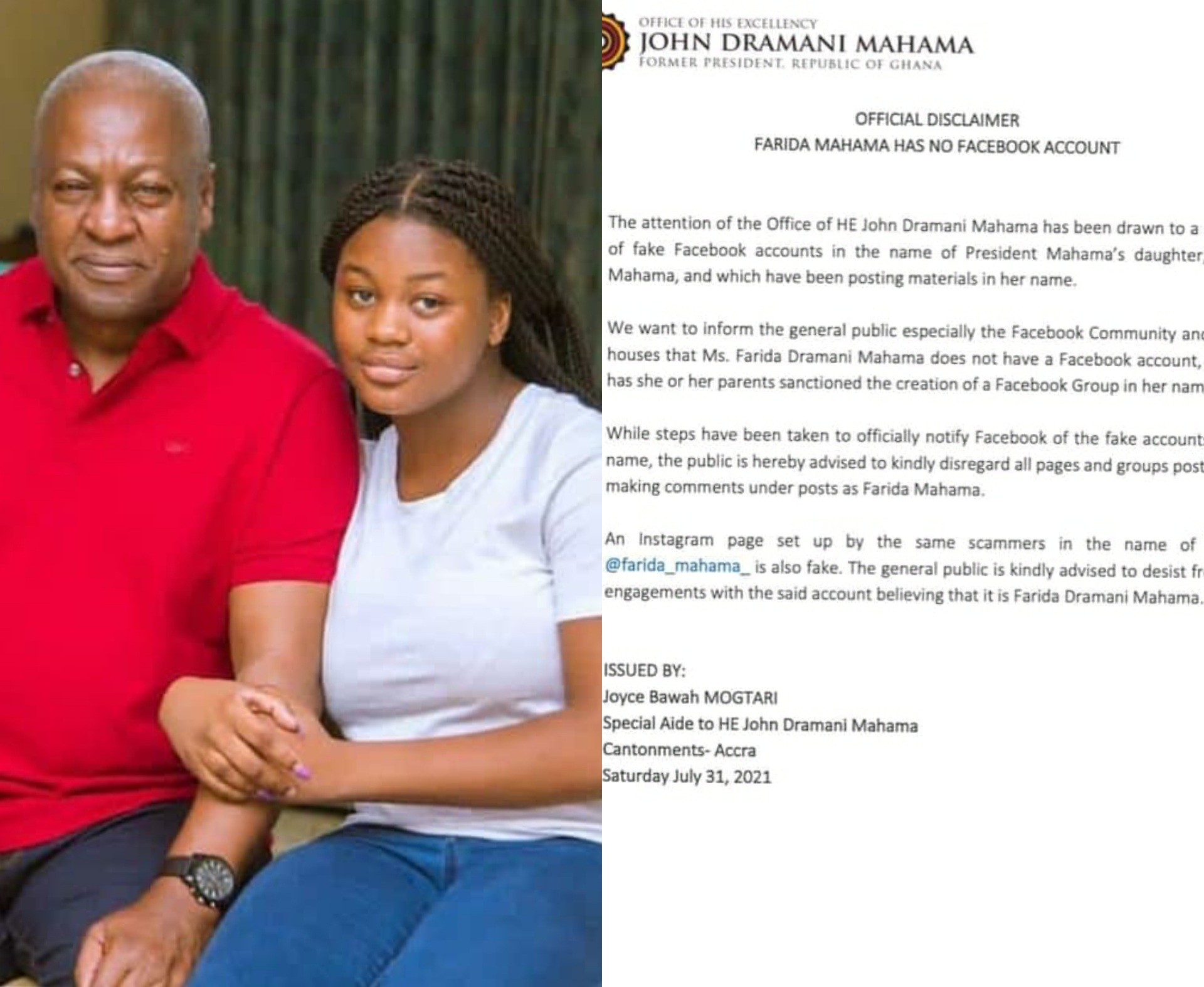 The communique issued by his Special Aide, Lawyer Joyce Bawa Mogtari said the daughter of the former president has no official social media accounts.

The statement said the said accounts were set up by scammers and the general public is herby cautioned to deist from engaging posts from these accounts.

According to the statement, steps are being taken to report the fake accounts to Facebook for action.

“The attention of the office of HE John Dramani Mahama has been drawn to a number of fake Facebook accounts in the name of president Mahama’s daughter, and which have been posting materials in her name.

We want to inform the general public especially the Facebook Community and media houses that Ms. Farida Dramani Mahama does not have a Facebook account, neither has she or her parents sanctioned the creation of a Facebook Group in her name.

“While steps have been taken to officially notify Facebook of the fake accounts in her name, the public is hereby advised to kindly disregard all pages and groups posting and making comments under posts as Farida Mahama.

“An Instagram page set up by the same scammers in the name of Farida, @farida_mahama_ is also fake. The general public is kindly advised to desist from any engagements with the said account believing that it is Farida Dramani Mahama,”