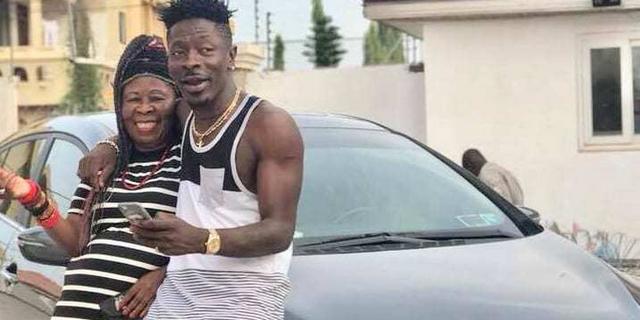 Shatta Wale has talked about the issue involving his mother again.

Reports about Wale’s mother struggling to pay her rent popped up not long ago.

In a new Facebook Live video, the popular musician recalled when his mother, Madam Elsie Avemegah, abandoned them.

According to him, his mother took such a decision when his father wanted them to relocate to the United States of America.

“I’m from a broken home. My mother left my father sometime ago when we were young. When I was in SHS1, we used to study 13 subjects and I didn’t have the mind for that. I hated it because my brain isn’t a factory. So I told my father and he wanted all of us to relocate to the states, Miami to be precise. He had a contract there and wanted all of us to move and settle there. My mother left my father. She left my father. She ditched and left all of that opportunity. She run from home and left us. My father tried and tried to get her back, God is our witness,” he stated.

Shatta Wale also revealed the support he gives to people around him.

“I support my father, mother and every other person around me. People are not grateful that’s why.”