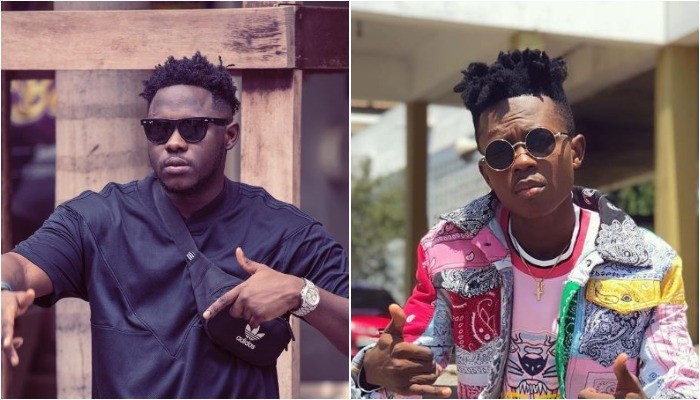 Medikal is looking for another trouble!

AMG Beyond Kontrol rapper, Medikal may incur the wrath of Strongman if he doesn’t mind his utterances.

He made a shocking statement after he appeared on Okay FM’s ‘Ekwanso Dwoodwoo’ program hosted by Abeiku Santana.

READ ALSO: I Do Music Because Of Passion; Not For Fame Or Money – Zapp Mallet

The popular rapper went to the studio with his puppy and the comment he passed will surely be in a bad taste for Strongman, his compatriot who ‘murdered’ him during a lyrical beef some time ago.

During the program which was monitored by Zionfelix.net, Medikal stated that his puppy looks like Strongman.

He made this remark after Abeiku Santana asked him who the puppy nicknamed El Chappo resembles.

READ ALSO: You Cannot Take Rivalry Out Of Dancehall – Epixode Justifies The Necessity Of Beef

Without mincing words, Medikal mentioned Strongman’s name. Whether it was a joke or not, this wasn’t necessary.

He revealed that the puppy was a gift from his godfather, Criss Waddle.

Share
Facebook
Twitter
Pinterest
WhatsApp
Previous articleI Do Music Because Of Passion; Not For Fame Or Money – Zapp Mallet
Next articleEmpress Gifty Abandons NDC As She Joins Her Husband On NPP’s Campaign (See Photos)
- Advertisement -

Medikal And Fella Are Not Wedded, What They Did Was An...