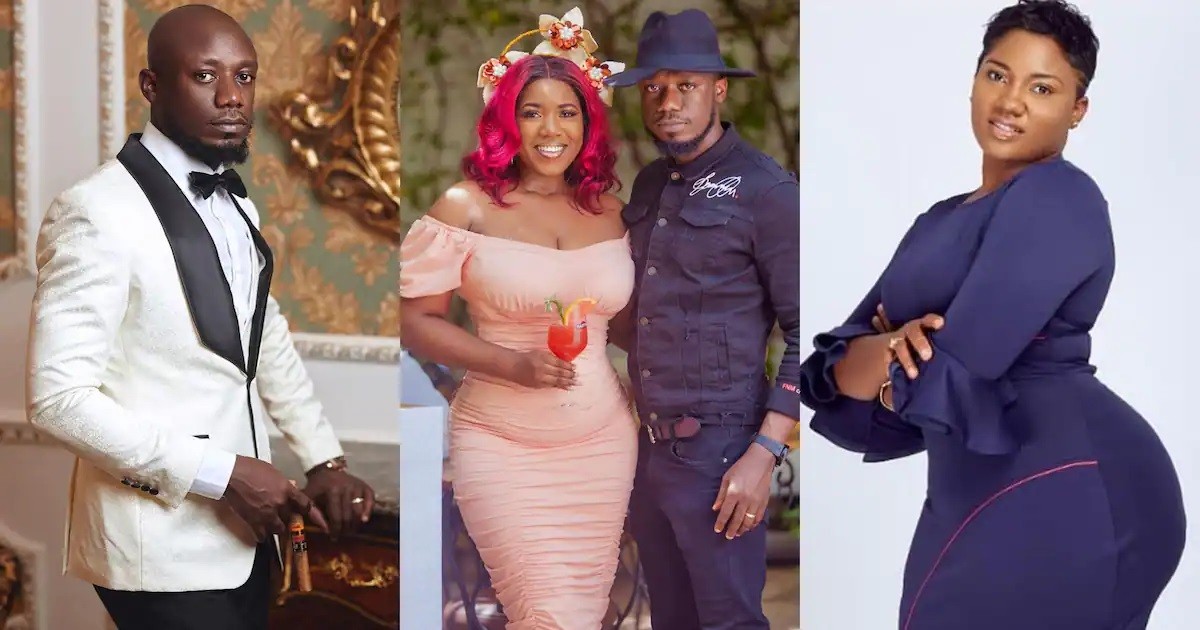 Ghanaian actress/presenter turned entrepreneur, Victoria Lebene has finally dropped what looks like a subtle reaction to all the reports online which suggests that her husband, Eugene Osafo-Nkansah aka Nkonkonsa was in an @mor0us relationship with Abena Korkor despite being married to her.

Recall that just about three days ago Abena Korkor took social media by storm when she updated her infamous list of men she has slept with.

READ ALSO: Abena Korkor Comes For The Head Of Nkonkonsa; Drops WhatsApp Messages Proof Of Him Begging To E@t Her Up And Stating That He Doesn’t Love His Wife, Victoria Lebene To ‘Shame’ Him – Watch Video

In her recent listing, she mentioned the name of popular Ghanaian blogger, Eugene Osafo Nkansah and that of Lexis Bill as people who have successfully made their way on her list.

Following this, Nkonkonsa unwillingly allowed the host of Peace Fm’s entertainment review show to read some supposed apology Korkor sent to him on live radio.

This move infuriated Abena Korkor, who took to her Youtube page late last night to drop screenshots of her chat as proof that Nkonkonsa begged for something to happen between them a couple of times.

Well, while many expected Victoria Lebene, who happens to be the wife of Nkonkonsa to react angrily, it appears she is cool with and trying her best to cash out with the situation.

READ ALSO: Ghanaian Lesbian, Elladeevah Ellios Weeps Over How She Was Drugged And Raped For 2 Days

Taking to her instagram page today, she asked the customers of her Vicky’s Recipe Jollof to order the Licking Wednesday edition of the food which has come to say.

A Plus Mercilessly Tears Abena Korkor Apart As He Reacts To...