OB Nartey Is For NPP As He Eyes Adenta Parliamentary Seat 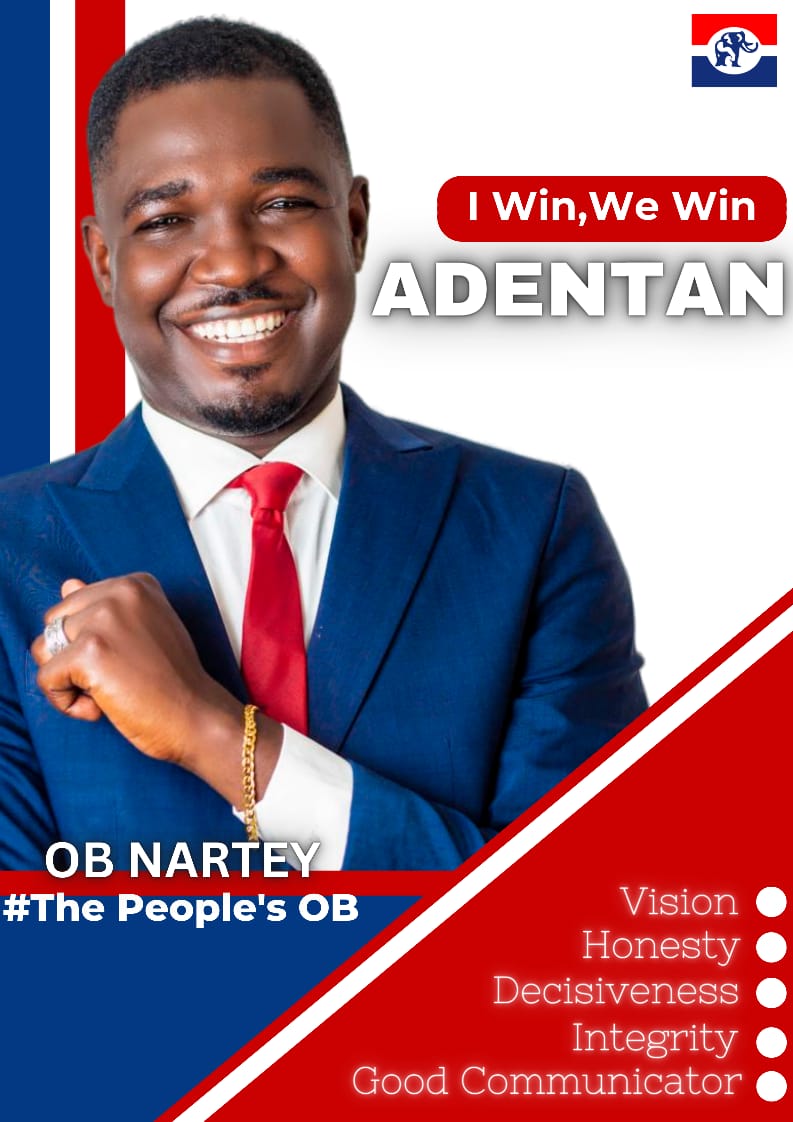 The Ghanaian broadcaster and Master of Ceremonies (MC), hinted at his plans to go into politics in July this year.

A flyer of Mr Nartey hit online—announcing his decision to start a political career.

He was described as the Grassroot man on the flyer.

On the flyer, Kwame OB Nartey was also touted as the man to steer the new phase of Adenta.

The party which he is affiliated with or whether he was going as an independent candidate was not known at the time.

Zionfelix.net has obtained a flyer revealing where he belongs to.

It is now public that OB Nartey will be contesting on the ticket of the New Patriotic Party (NPP) if voted by the delegates of the party before the general elections.

He is hoping to be the Member of Parliament (MP) for the Adenta Constituency.