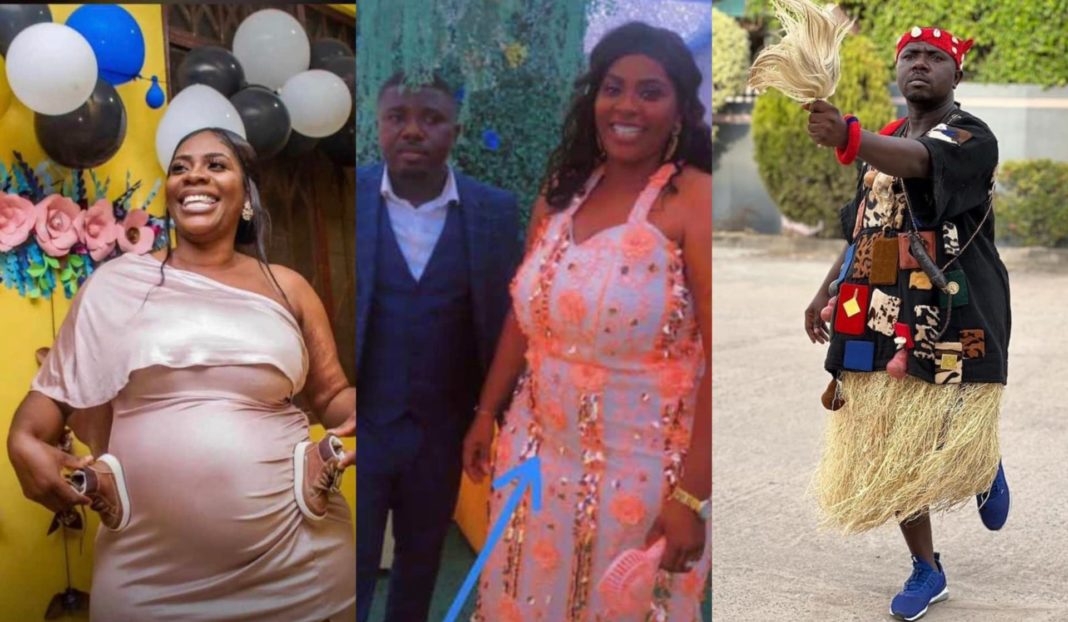 The sights and scenes from the funeral grounds were ones that broke many hearts as the actor was seen weeping bitterly at various moments.

In that trying moment, Okomfo Kolegae, however, got a lot of his colleagues in the movie industry to come all out and support her to give his late wife a befitting funeral.

In his first public statement after the funeral, he took to his social media platforms to express his heartfelt gratitude to all colleagues and fans who left their busy schedules to be with him on the day.

The bereaved actor, in a post sighted on his Instagram page on Tuesday, December 20, 2022, wrote: “Dear fans, industry players, fellow actor and actresses, Having you by our side during the funeral of my late wife brought me much-needed comfort and solace. I read every single words of your condolences and i must say i do appreciate all of that. Thank you. 🙏🙏”

The actor lost his wife whilst she was pregnant. Mrs. Millicent Oteng died while delivering her baby at the hospital.

Share
Facebook
Twitter
Pinterest
WhatsApp
Previous article
VIDEO: Kofi Kinaata Finally Reveals Why He Is Doing More Singing Now Instead Of Rap
Next article
Maame Serwaa And Her Lover Allegedly Break Up As They Unfollow Each Other
- Advertisement -