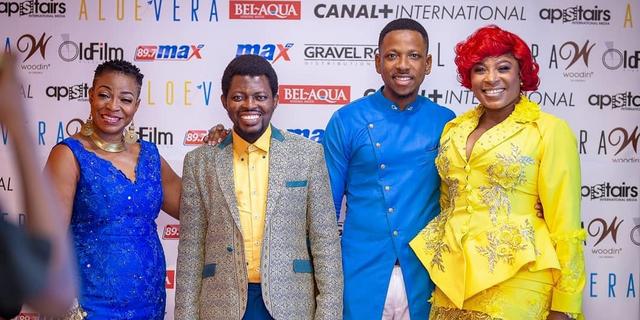 In a post he shared on his social media pages, Peter disclosed that when it comes to marketing and promotion of movies, people should have a plan rather than depend on family and friends for promotion.

According to him, he spent a little over Ghc100,000 just to promote his latest movie, Aloe Vera.

He added that the amount he spent just to promote Aloe Vera is way bigger than the money he spent to produce his first-ever movie, Keteke.

Peter Sedufia advised other producers to pay attention to how they promote their movies as the trend of asking family and friends to watch and promote your movies has come to an end.

‘Did you know we spent over Ghc 100,000 just for marketing and promoting #Aloevera movie? That’s more than my entire budget for my first film #Keteke. We promoted it to the extent that we got a call from a Nigerian cinema to have it released nationwide, then, COVID 19 happened. Don’t invest ALL your money in the film and hope that friends will help you push it. Yes, Friends and loved ones will definitely help, but you’ve got to have your own plans! PLAN A. Oh sorry, I almost forgot… Aloevera is STILL on Netflix, and in the trending and popular videos. Add it to your watch list for the weekend!’

Asking People To Stay Home Is A Wasted Fight – Disappointed...