PHOTOS: Taxi Driver, Kwesi Ackon ‘Smiles’ For The First Time As Asempa FM Present Him Ghc25,000 For His Honesty To Fishmonger Who Left Ghc8,400 In His Car 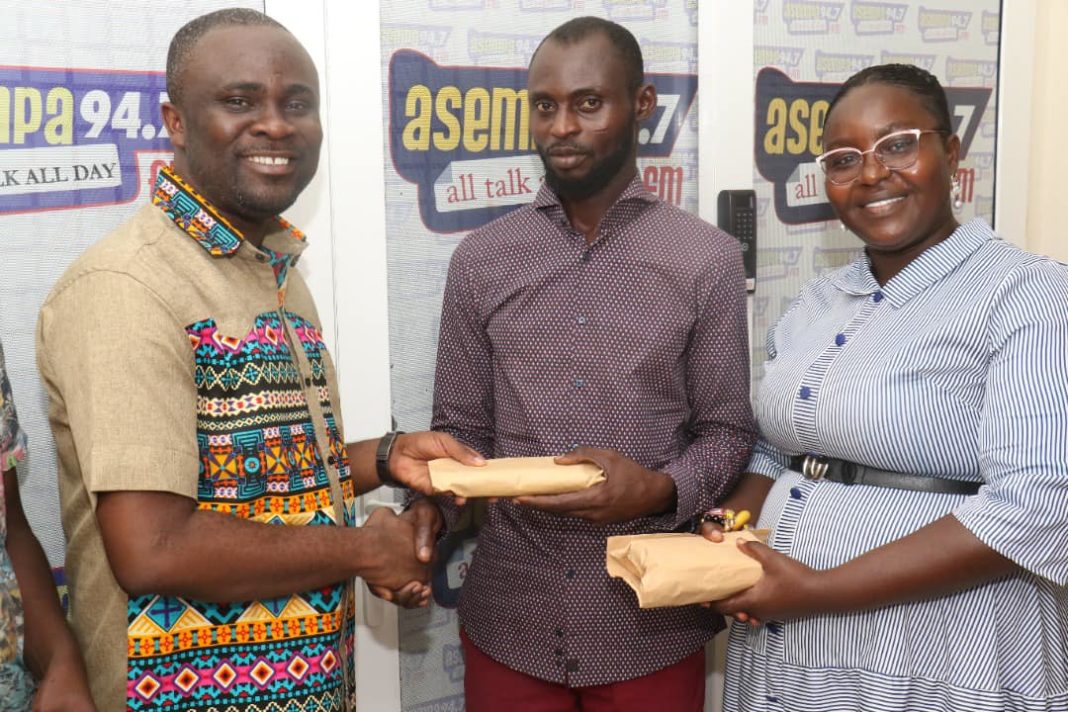 Kwesi Ackon, the taxi driver who has now become one of the most popular in Ghana because of his decision, to be honest, and return the amount of Ghc8,400 left in his car by an elderly fishmonger is one person who hardly laughs or even smiles.

A lot of netizens have questioned why Kwesi Ackon has not been smiling in any of the photos which have surfaced online even though he was getting a lot of donations and gifts from people who got touched by his actions.

READ ALSO: VIDEOS: Shatta Wale MObbed By Numerous Fans At The Airport As He Finally Returns To Ghana After Spending Weeks Abroad

Well, Kwesi Ackon finally gave all netizens who wanted to see his face when he smiles something when he went to receive the Ghc25,000 raised by Multimedia Group’s Asempa FM for him.

The Ghc25,000 was raised by Philip Osei Bonsu and his team who handle the station’s socio-political talk show, Ekosiisen.

The amount was handed to Kwesi Ackon yesterday after the show ended and from what we have gathered, the owner of Peduase Valley Resort, Alex Takyi Yeboah donated GHC10,000 to Ekoosiisen for the honest Taxi driver among many others.

See the photos of the presentation below…