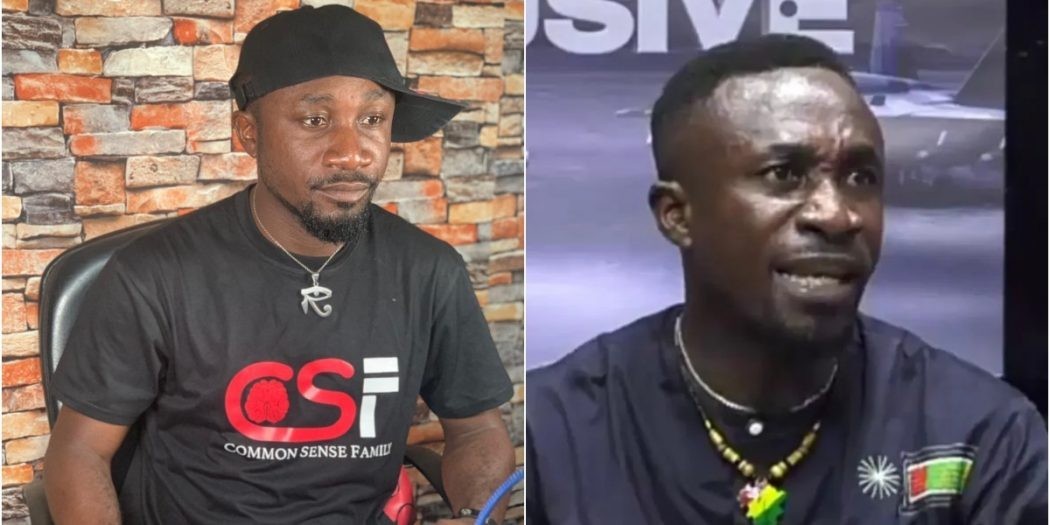 The Leader and Founder of the Common Sense Family (CSF), Avram Ben Moshe has stated that polygamy is not a sin.

He made this statement during a discussion with Halifax Ansah Addo on Okay FM’s ‘Best Entertainment’ program which was monitored by Zionfelix.net.

Avram used quotes from the Bible to buttress his points.

READ ALSO: Video: Nana Akua Addo Sheds Tears As She Talks About Infidelity In Her Marriage

He explained that there is a difference between opinion and the law.

According to him, Paul’s stance on marriage was his opinion.

The leader of CSF stressed that marrying more than is not sinful.

READ ALSO: I Was Raised In An Orphanage; My Wicked Father Never Visited Me Till He Died – Fatima Of Date Rush Fame Shares Sad Story (Watch Video)

He quoted 1 Corinthians 7: “It is good for a man not to have sexual relations with a woman. But since sexual immorality is occurring, each man should have sexual relations with his own wife, and each woman with her own husband. The husband should fulfill his marital duty to his wife, and likewise the wife to her husband.  The wife does not have authority over her own body but yields it to her husband.”

Watch his assertion in the video below: