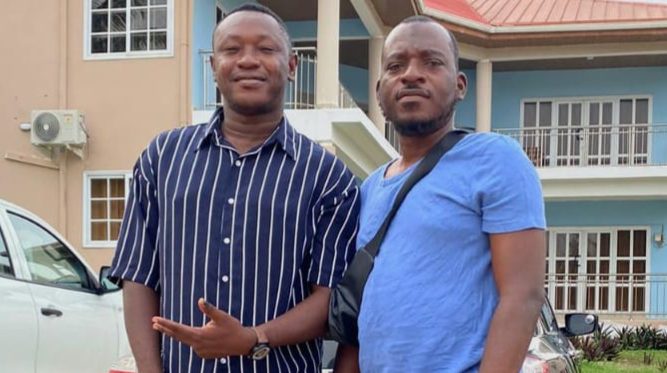 Multiple award-winning sound engineer, Posigee has acknowledged the influence of one of the finest promoters in Ghana, Sleeky of Sleeky Promotions during the ardent of the Tema Music industry revolution.

Speaking on Takoradi-based Connect FM recently, Posigee mentioned that when the Tema revolution started, the likes of Sleeky were there to support the movement’s growth to what it is today.

He also added that it was a collective effort between the acts who were making some waves already and those who were underground.

According to the renowned sound engineer, there were times in the early stages he started recording when a particular artist like Sarkodie will be in the booth recording a song and another artist (maybe D-Cryme) will come through to also record a song, and before he will realize, the two musicians are sharing ideas and making sure they build themselves up together.

He added that it was the same with the producers who were based in Tema. Posigee disclosed that countless times colleagues provide their opinions on your work and help you to make it better.

He ended by asking that the industry comes together and be united to get things done just like Tema did.