There have been many speculations about why Prince Bright failed to feature in the controversial ‘Ofeest)’ song of Sarkodie which saw him give a very great hook.

Well, Prince Bright has responded to that one speculation that says the Sarkcess Music boss intentionally excluded him from the video shoot of the hit song.

Speaking in an interview on Hammer Time Entertainment show on Pure FM with Hammer Nti, the talented singer and rapper disclosed that his absence from the video had nothing to do with Sarkodie.

He further revealed in the interview monitored by zionfelix.net he’s mostly in New York and spends little time in Ghana so when Sarkodie needed him for the video he was unavailable, the reason he failed to feature in the video.

“I’m based in New York so when Sarkodie wanted me for the video I wasn’t available, so he came up with the current concept of the video and I thought it was right timing just after his music festival so I agreed to it…” Prince Bright stated. 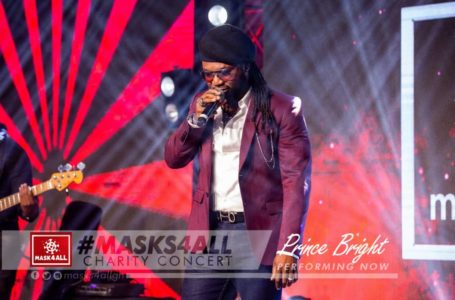