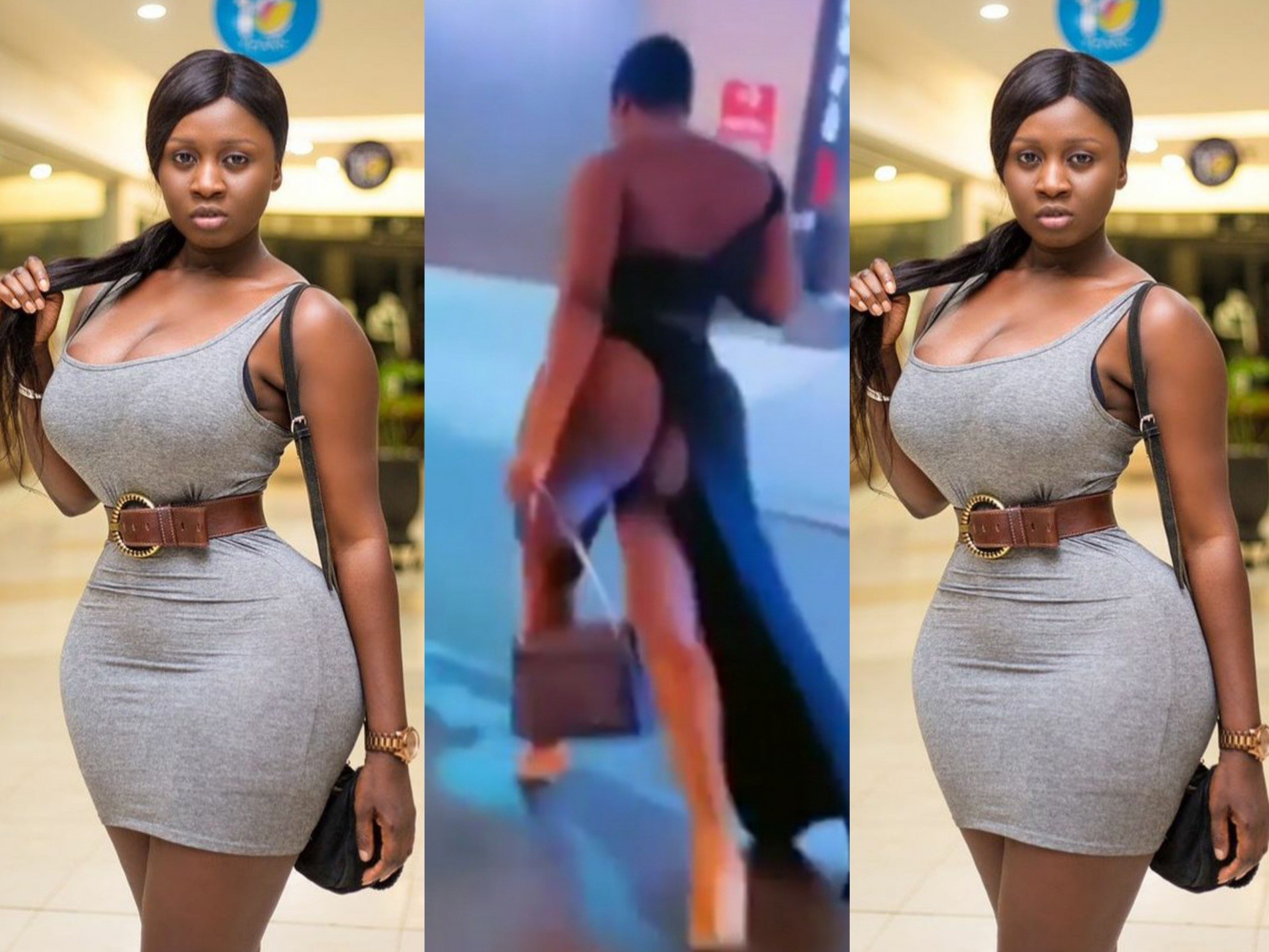 Ghanaian actress Princess Shyngle has been doing the most since announcing a break from his supposed husband.

The actress announced that she got married to his long time best friend in early January 2021.

A few months down the line, the pair seperated amidst allegations of abuse on the part of the man according to Princess Shyngle.

Despite her divorce from the marriage that only lasted barely 4 months, the actress is still serving social media with a lot to keep going.

From showing her bre@st and raw botos to twerking half naked, the actress has kept her IG followers busy, showing that she is still living good despite her marital setbacks.

Her new serving to his fans is a video of her catwalking in town dressed half n@ked, exposing her botos once again.

Princess Shyngle Breaks Down In Tears Talking About Jailed Fiancé