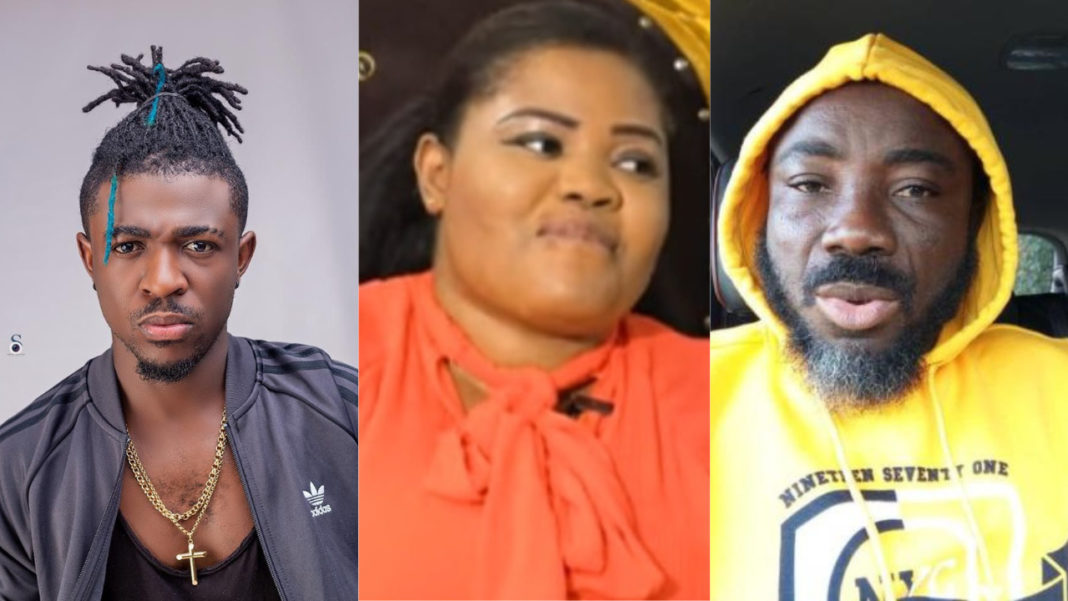 Controversial Kumawood actor, Big Akwes has ignited a fresh beef with Frank Naro after accusing the young actor of trying to use some Kumawood stars for sika duro.

In a viral video that has since garnered massive views and comments on the internet, Big Akwes firmly accused Frank Naro of belonging to a notorious occultic fraternity.

READ ALSO: “I was spiritually attacked” – Mzbel goes deep into the cause of her poor performance at the just-ended Afrochella; Exposes her enemies in latest interview

Whiles leveling a series of dirty accusations against Frank Naro in the viral video, Big Akwes claimed that Frank Naro once dated Maame Serwaa hence if he wants someone to use for his sika duro, he should use his ex-lover and leave Kumawood stars alone.

These heavy claims from Big Akwes have set tongues wagging and received a lot of mixed reactions in the process.

Well, Frank Naro himself is yet to react to the accusations but his elder sister has taken the lead.

Speaking in an exclusive interview with Zionfelix, Frank Naro’s sister confirmed that his brother actually dated the female Kumawood star some years ago.

She ridiculed big Akwes and mocked that even if Frank Naro wanted someone for sacrifice, he wouldn’t have used a ‘ useless’ set of people like Big Akwes, Kwaa Appiah, and the like.

During the latter part of the interview, Frank Naro instructed Big Akwes to publicly apologize to her family else they’ll show him where power lies.

A lot of social media users actually believe all the lies Big Akwes spewed in the fiery video against Frank Naro therefore it’s very necessary he apologizes and redeem the young actor’s image in the process.

READ ALSO: ‘I Think The President Is Tired…’ – Says Baba Sadiq As He Reacts To Meek Mill’s Alleged Video Shoot At Jubilee Hous

SourceZionfelix.net
Share
Facebook
Twitter
Pinterest
WhatsApp
Previous article
“I was spiritually attacked” – Mzbel goes deep into the cause of her poor performance at the just-ended Afrochella; Exposes her enemies in latest interview
Next article
Yes, my brother dated Maame Serwaa – Frank Naro’s sister reveals as she goes into details as to how they supported the actress during her mother’s death
- Advertisement -