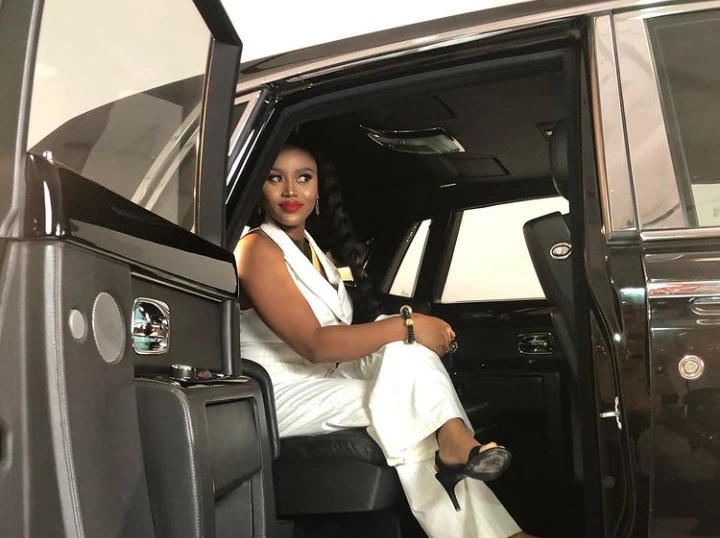 Songtress Ethel Esi Eshun, popularly called Queen eShun has decided to flaunt her Range Rover in a new video she has shared online.

The talented singer is seen in the video she shared online walking majestically to the Range Rover that had its door already opened.

READ ALSO: Blogger Who Reported Kofi Adjorlolo’s Alleged Marriage To Shatta Wale’s Mom Threatens To Sue Him Over His Claims That The Reports Are Lies

While many of her followers love the fact that she has one of the expensive cars which she revealed was given to her by her new lover in a chat with Zionfelix sometime ago, the caption she added to the video is also receiving a lot of reaction.

The caption Queen eShun gives the video serves as some very good words of encouragement for her followers who are allowing the pressures of the world to weigh them down.

‘Why do YOU ALLOW people’s opinion disorient you when God took his time to knit you together beautifully and intentionally? As long as you stay on the right path, nothing else matters,’ she wrote.

Queen eShun is well known for her hit songs like “Someone Loves me”, “Akyia”, “Fa me kor” and many more.