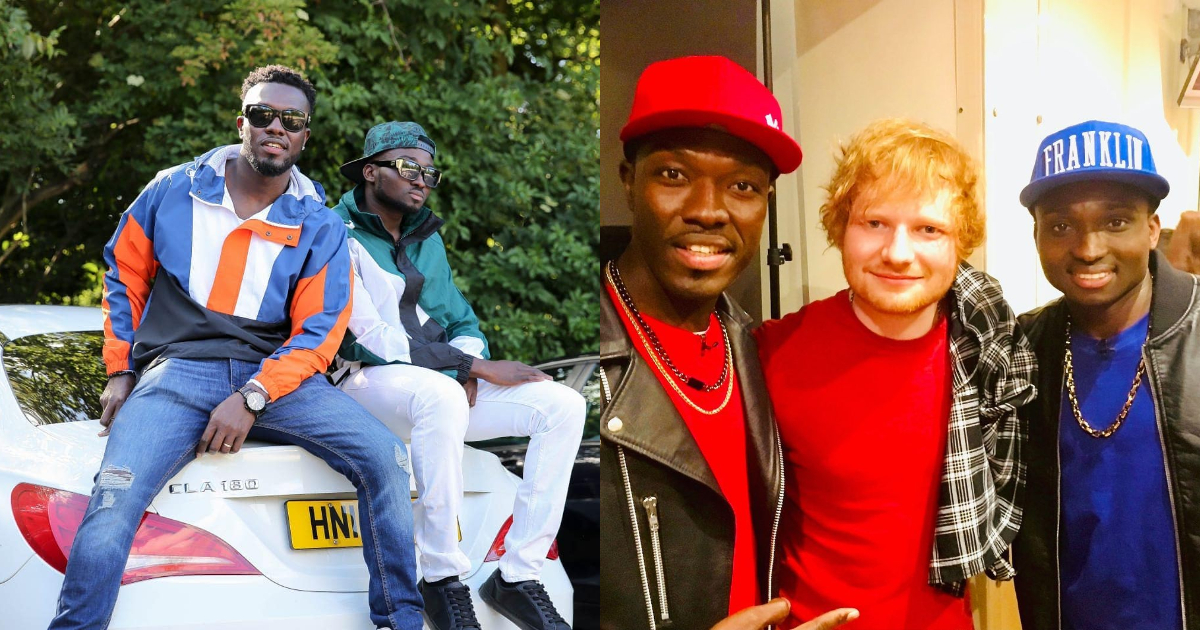 Ghanaian award-winning singing duo, Reggie and Bollie, have announced that they would be dropping a song tonight which is set to feature UK star, Ed Sheeran.

The music duo took to Instagram to make the groundbreaking announcement to the bewilderment of their teeming fans and followers.

In making the announcement, the music group indicated that they were dropping a remix to Kiss Your Bride which would see Dr Dre and Ghana’s very own Hammer working on the beat.

According to the post they made, the song would be released today, April 1, 2021, at 11:59 pm and they called on their fans to anticipate the project.

The post to announce the collaboration on Instagram read: “The secret is finally out of the bag, we’re extremely excited to be dropping a remix of Bollie’s all time classic #KissYourBride Ft Ed Sheeran @teddysphotos . Beat reproduced by @dahammergh n @drdre Song drops at exactly 11:59pm tonight. #anticipation #kissyourbride #bigtune“

The music duo shared a photo of themselves posing with Ed Sheeran in the middle as they were all seen beaming with smiles.

Many fans and followers of the award-winning singers took to the comment section to react to the post.

Another fan commented: Can’t wait….song of the year.

There were many comments and emoji reactions from fans that showed that they could not wait to see the trio doing what the do best on a beat produced by two of the greatest sound producers to grace the world.