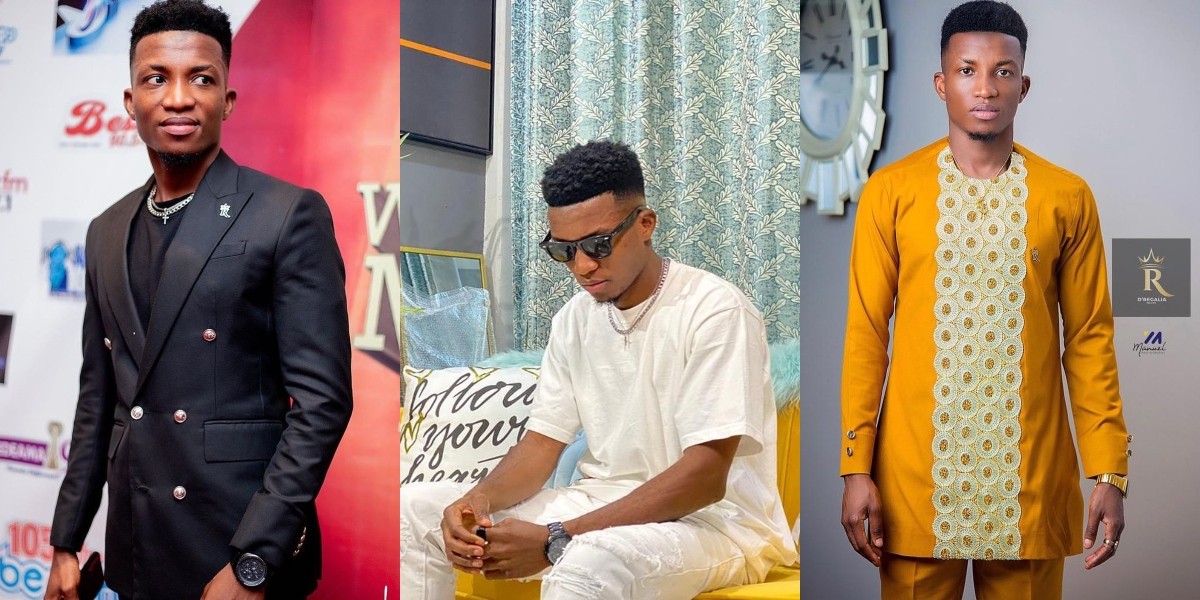 Multiple award-winning Ghanaian artiste Martin King Arthur famed as Kofi Kinaata, has wowed his many fans and followers with a view of his house and living room.

In a new video sighted by Zionfelix.net on the official IG page of the Things Fall Apart hitmaker, he was seen strolling in front of his house which had a number of cars parked inside.

The video went on to show the inside of the house – particularly his living room which was nothing short of spectacular.

In the living room were ultra-modern home appliances alongside many portraits that were spotted hanging on the wall in the white-walled section of the room.

Also packed on a shelf were some of the awards that the singer had won over the years from producing danceable and soul-hitting songs.

Some of the awards that were seen in the shot were his numerous 3Music Awards and the highly-coveted Vodafone Ghana Music Awards which he had won.

Kofi Kinaata was seen standing in front of a huge TV while operating it amd beaming with smiles.

Many fans and followers of the singer took to the comment section to react to the video of seeing the inside of his house for the very first time.