At the crest of their musical career, the moxie pop duo Reggie N Bollie have made a major move with the launch of their own record label on 1st February 2017.

The new record label, F.R.O.D Music as confirmed by the head of Strategy and Communications of the label Mark Darlington, is a significant move backed by a major plan to also conquer Africa after successfully touring many countries in Europe and America.

“We have fans all over the world who keep calling for more shows and concerts so we can have to put ourselves in a ‘fearless’ position to make the fans happy as well as manage our talents and careers so we can give the fans more” – Mr Darlington.

Reggie N Bollie expressed gratitude to their former label Syco Music Label which they got signed to after coming out as first runner up in the UK talent contest X-Factor in 2015. Their wonted energetic performance won them the heart of many fans across the world. The eclectic performers are currently promoting their album, which was released this year and had the 2016 hit single ‘New Girl’

With their ‘world dominion mission’ and zippy new record label where they get to call the shots, Reggie N Bollie seem to be on the appropriate path to real universal domination with their pop-afrobeat-dancehall style of music. So gird up fans, your exciting Reggie N Bollie are about to hit you with a surprise!

Get in touch with F.R.O.D Music through the Manager (Africa) & Head of Strategy and Communications, Mark Darlington via email info.frodmusic@gmail.com, telephone: 00447946086864. 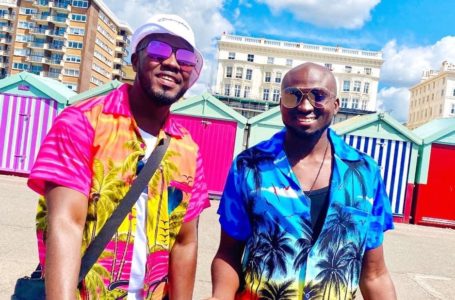 They Called Me Selfish When I Wanted...

Stop Uploading Your Songs On Websites For...