Rev Obofuor And Wife, Bofowaa Display Real Cash And Riches At The Naming Ceremony For Their Triplets (+Video) 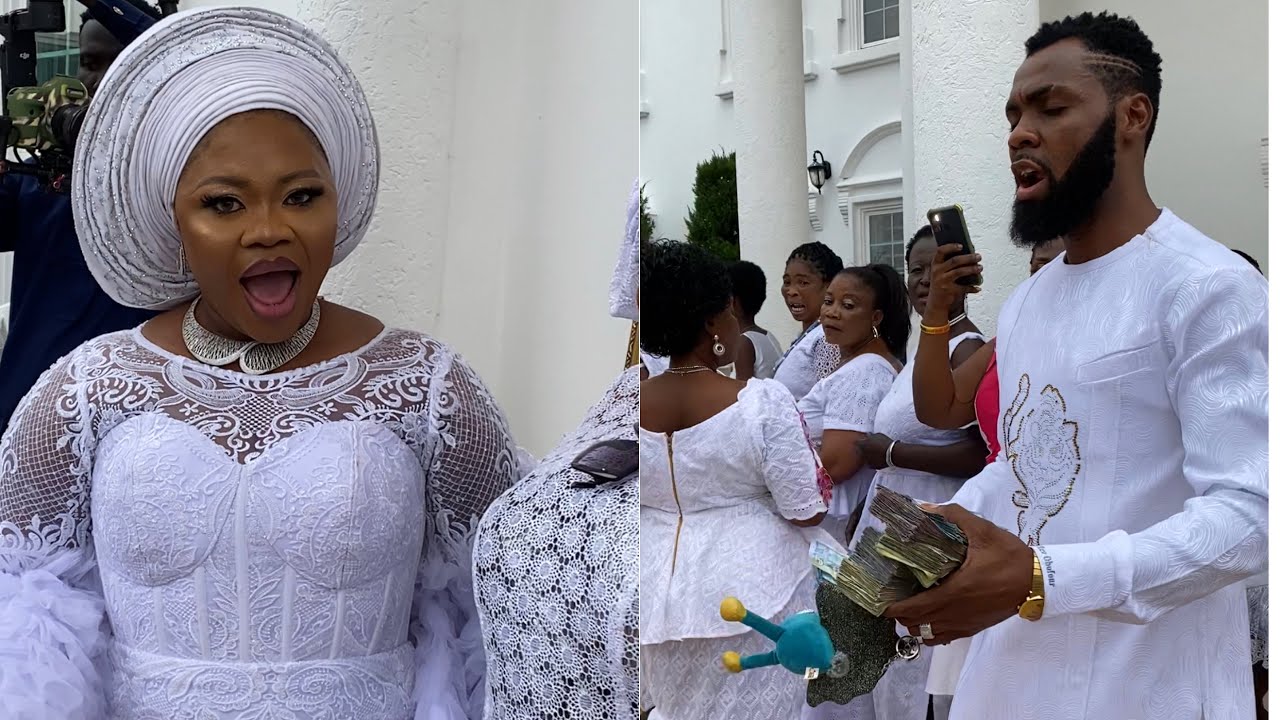 The founder of Anointed Palace Chapel, Reverend Francis Antwi, well known as Reverend Obofour, has once again shown how much the Almighty God has blessed him.

Reverend Obofour and his wife, Ciara Antwi aka Bofowaa, organized a plush naming ceremony for their triplets today, September 26, 2020, at his residence in Accra.

The ceremony covered by Zionfelix.net had many popular figures in attendance.

READ ALSO: It Will Be A Waste Of Time To Argue With Someone Who Doesn’t Have Information – Rex Omar Shades Socrate Safo

The triplets were christened, Jeremie, Jesse and Jeremiah Antwi.

As the tradition of the revered man of God goes, he sprayed a lot of money to prove his richness.

Many of those present rushed to get their share of the money which was thrown into the air.

As usual, The APC leader displayed his dancing skills while the crowd cheers him up.

The couple showed much affection as they danced together.

Brother Sammy, Ante B, Wayoosi and many others were spotted at the private naming ceremony for the triplets.

The ceremony was full of fun, attendees had a lot to eat and drink.