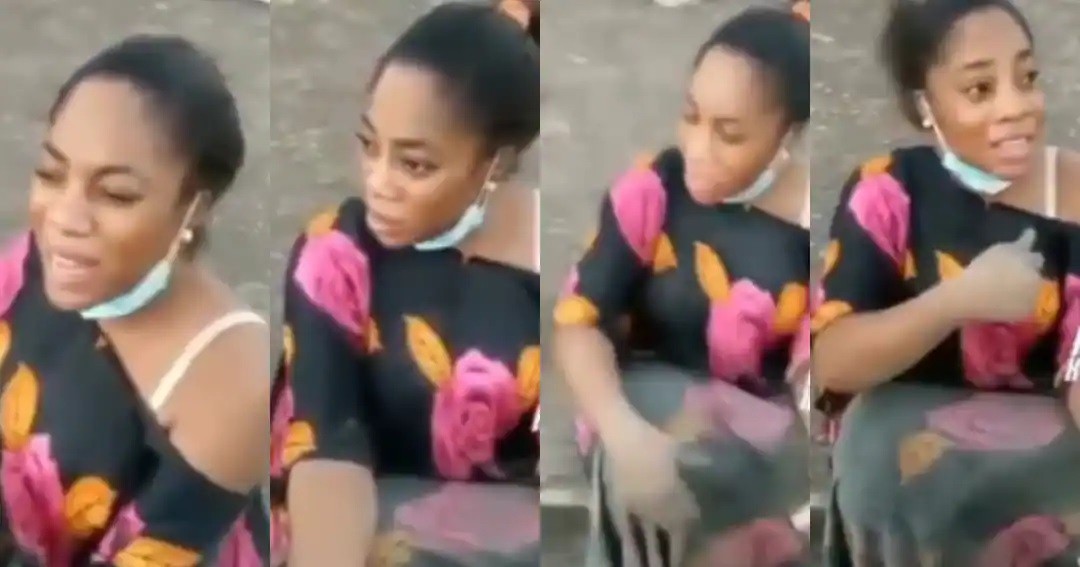 In the late hours of yesterday, a rather disturbing video of repented Ghanaian socialite, Moesha Buduong looking unclean surfaced online and got many social media users talking.

The few seconds of the tape that went viral had Moesha Buduong preaching and making shocking details about how she used to sleep with men just for money.

READ ALSO: Not Marriage! What Kalybos And Ahouf3 Patri’s ‘Wedding’ Photos And Videos Are Meant For Finally Revealed

Well, it appears that viral tape was just the tip of the iceberg.

Zionfelix.net has chanced on the full video of what actually transpired the entire time and we can sadly report that Moesha Buduong tried to commit suicide yesterday.

Watching the video, Moesha Buduong disclosed that she tried to take her life because she is going through a lot of psychological trauma after she finally decided to give her life to Christ.

READ ALSO: VIDEO: Abena Korkor Shuts Down Party As She Takes Over The Dancefloor And Gives Guests ‘Free Show’ In Her Short Dress

Lucky enough, she was seen and restrained by four young men when she tried to commit suicide by jumping off the roof of a building.

Moesha in the video also said that she did terrible things when she was in the world including supplying young girls to married men for sex, enticing men for wealth and properties, etc.

Moesha Boduong also said she smokes wee, sniff cocaine, and did a lot of terrible things when she was not a Christian.

READ ALSO: I Divorced My Wife After 11 Years Because She Failed To Convert To Islam As Promised – Y.A.D

The former socialite further disclosed that she has even sold all her cars, house, and properties and donated the money to her church. She now uses Trotro whenever she goes anywhere.

Watch the chilling video below

Moesha Boduong Returns To Social Media After A Long Period Of...