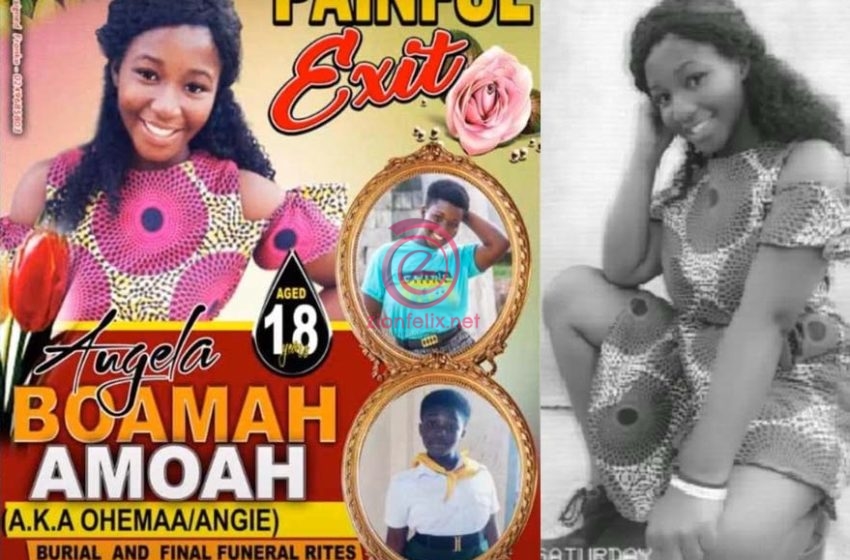 Just this evening, zionfelix.net has chanced on a video that suggests that another beautiful and bubbly young lady has died painfully.

READ ALSO: I’m Not Close With MzBel Anymore, She Didn’t Reply My Last Message – iOna Tells Everything That Happened

From what we gather, the dead young lady is called Angela Boamah Amoah and she allegedly died after her scammer boyfriend sacrificed her just to get more money.

Her friend who provided all the chilling details disclosed that 18-year-old Angela and her scammer boyfriend had a very lovely relationship until she suddenly fell sick in January 2020.

She added that Angela’s ‘t0t0’ was rotting and nothing the doctors did could stop it till finally died on the 25th of October 2020.

From a poster making rounds online, the funeral and burial service for Angela Boamah Amoah who died at age 18 will be held on 8th November 2020 at Kwamo.

Be Direct And Bold Whenever You’ve Got...

Broadcaster Nana Yaa Brefo Shares Painful Story About How She Got Divorced, Lost Her Baby And Womb (Video)

Sherry Boss Threatens To Give Strongman D!rty Slaps For Alleging That He Is A Fraud Boy (Video)