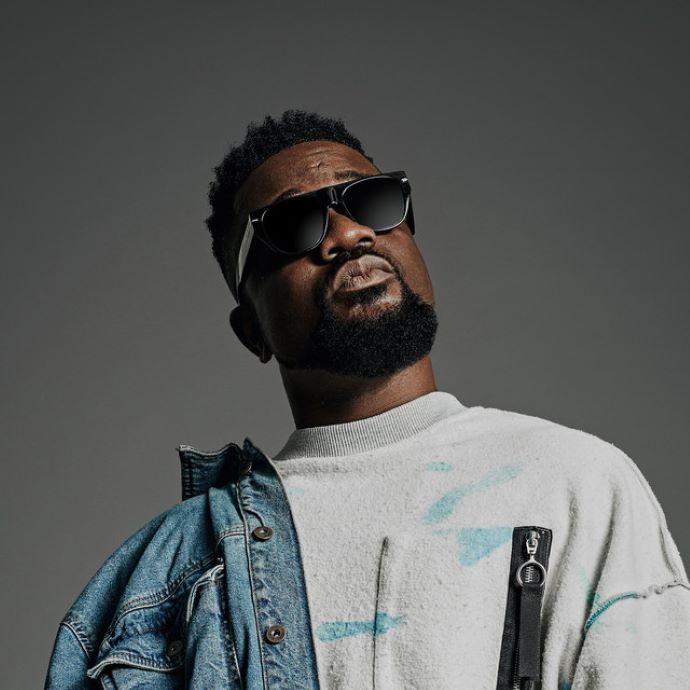 In fact, Sarkodie has become humbled after meet this fan who was just obsessed about him and his art, and had tattooed his name all over his arms.

Besides, music is amazing to such an extent that, it can do a ton of things.

This includes a portion of this marvelous activities by fans as they attempt to show their affection to most loved artists.

Moreover, artists are at times observed as dummy gods regularly as a result of how they can utilize their music to effect and change society.

This is not the first time a fan has gone insane meeting the rapper.

Likewise, few years back during Ghana Meets Naija, a comparable thing happened. A fan after embracing Sarkodie went into the sacred mood and just couldn’t remain on her feet.

However, Sarkodie this time was humbled with how the fan who was crazy about him had tattooed his name “King Sark” all over his arms.

The fan continued calling the rapper “Daddy” saying he will live long and singing his songs to him.

As a result of this, the rapper just couldn’t say much and all he continued saying was “God Bless You”, demonstrating his appreciation for the love shown him by the fan.