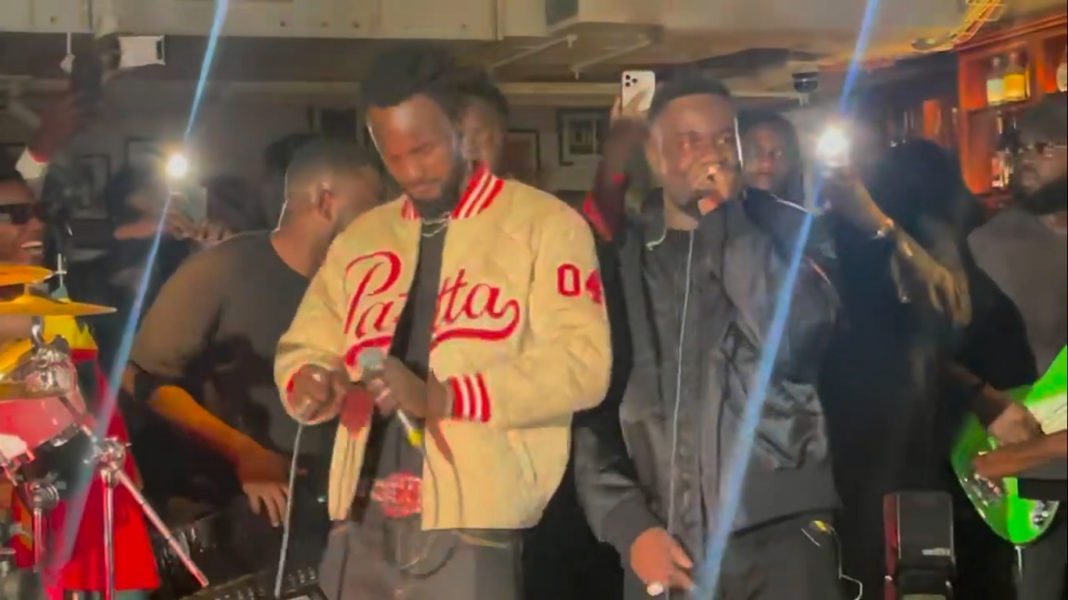 The boss of Sarkcess Music was in the United Kingdom on Tuesday, November 22, 2022, for an event he named ‘Jamz Album’ release party at Cafe KOKO.

This was Sarkodie’s way of giving his fans located in the European country a live performance of all ten songs on his is his 7th studio album which is a follow-up to “No Pressure” released in 2021.

Since Black Sherif was already in London for his first-ever London show which was hugely successful, the two musicians decided to link up and entertain their fans.

Sarkodie and Black Sherif put up a very beautiful performance to the delight of the fans gathered.

Prior to this performance, Sarkodie and Black Sherif were seen popping champagne and toasting about a wonderful year they have had in the music space.