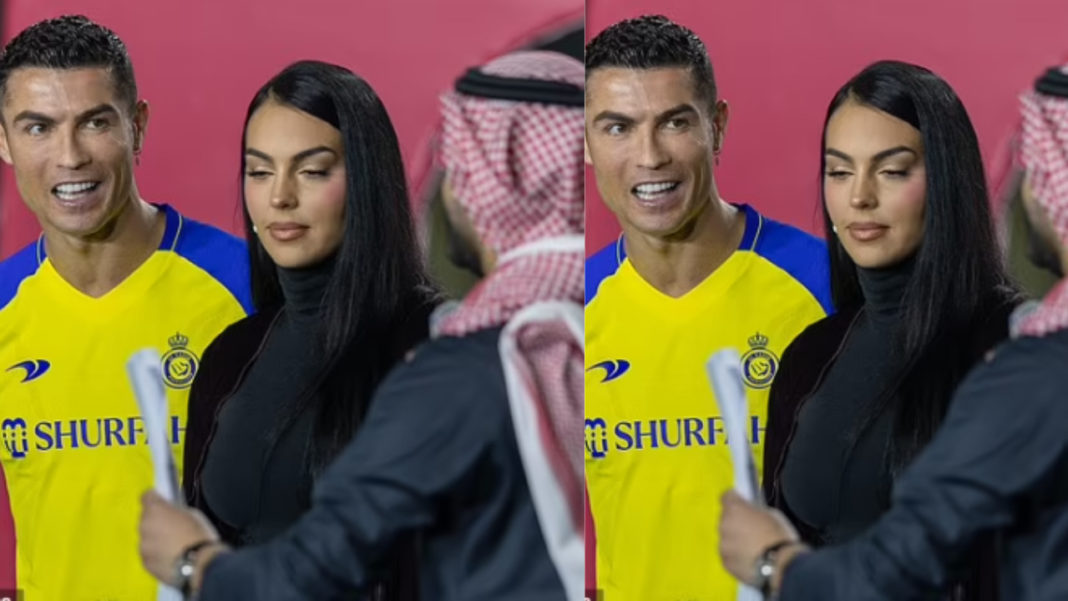 Cristiano Ronaldo has hacked the influencing game making him the most influential person to ever exist on planet Earth.

As we all know, Saudi Arabia has a strict marriage law that forbids unmarried people to live together.

As a new player in the Saudi Pro League, Ronaldo was unveiled by his new team, Al Nassr in a flamboyant ceremony attended by both his fiance and children last Tuesday.

READ ALSO: Ayisha Modi is a lair, she told plenty of lies about me and Stonebwoy sacked me through a text – OV spills it all as she goes hard on her former boss

Ronaldo should have been penalized for living under the same roof with his fiance and kids in the highly religious country.

But was pardoned and given the green light to freely stay with his lover in the same house together with their kids.

According to fresh reports from a reliable Spanish news outlet, Saudi Arabia has adjusted its strict marriage laws to accommodate Ronaldo and his fiance Georgina Rodriguez.

The country is treating Ronaldo like a national treasure because his contract is the juiciest to ever exist.

Aside from his huge salary, he will receive the treatment of an emperor, and all these will e financed from the coffers of the state.

READ ALSO: Ghana is ready to rename one of its national stadiums after Pele – NSA boss reveals

Is this proof that football is more important than religious rules?

The former Manchester United, Real Madrid, and Juventus forward signed a two-and-a-half-year contract to play in the Saudi Pro League and, according to reports, will receive $75 million per year to make him the highest-paid player in history.

Cristiano Ronaldo Is A Better Footballer Than Lionel Messi – Yaw...