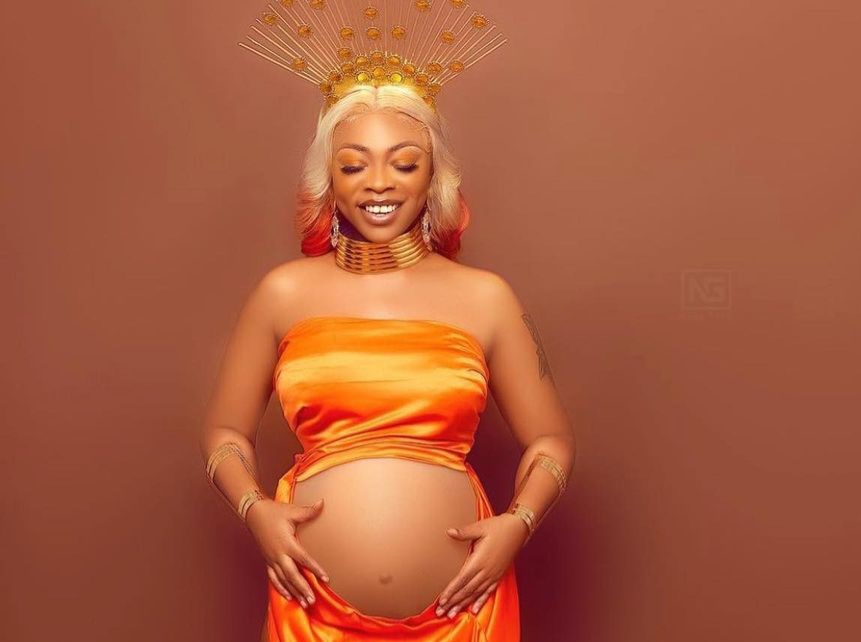 Shatta Michy appears to be pregnant in some photos she took to her social media pages to share earlier today as she celebrated her birthday.

The business entrepreneur and baby mama of controversial Ghanaiana musician, Shatta Wale after their shocking breakup about two years ago has on countless occassions subtly disclosed that she had moved on with a new man who was treating her right and like the precious woman she is.

After the many speculations, Shatta Michy appears to believe that this is the right man to make the revelation public  and official to her followers.

The photos she shared online that have a queenly theme show Michy with a big baby bump — which can be an editing anyway.

Well, at this moment one cannot really conclude on what Michy really wants to show with such photos but time will surely be the best judge.

If I Have To Date A Ghanaian Politician, I’ll Go For...