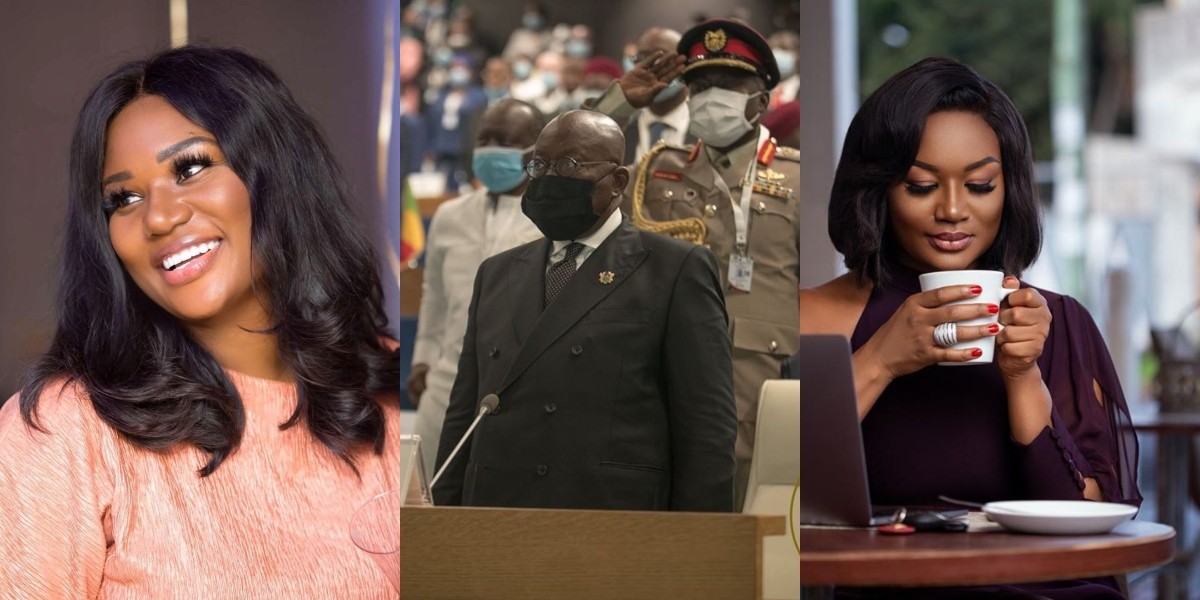 Sandra Ankobiah took to Twitter to plead with the president to step into the situation and use his position as the Chairman of ECOWAS to help resolve the situation.

The Ghanaian superstar who also doubles as a lawyer, made the comments following some form of atrocities going on in Nigeria over the nationwide #EndSARS protests in the country.

Reports that came in on October 20, 2020, showed some people in military attire firing into crowds of unarmed protesters and reportedly killing some.

There were many videos going round on social media which showed people at a popular toll booth in Lekki where people were seen in distress.

Many celebs both in Nigeria and Ghana have added their voices to the atrocities going on and have called on appropriate individuals to act.

Other stars like Lydia Forson, Efia Odo, Sista Afia have added their voices to the issue happening in the West African country.