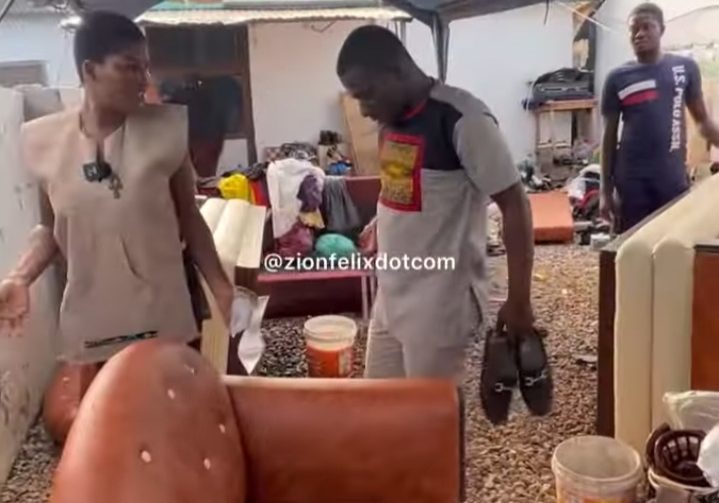 Readers will recall that there were multiple reports in the print and online media about how a lot of people in the country’s capital, Accra were displaced as a result of the heavy rains in recent times.

Sadly, the Ghanaian singer was one of the many people who was affected adversely by the flood.

In an interview with Zionfelix, iOna disclosed that the flood has made herself, her kids, and other family members who were living with her homeless.

According to her, the area they live in is not actually a flood-prone area, however, they were unfortunate this time around.

She added that her room was earlier flooded on Saturday but they were able to clean it up and get things back to how they were.

READ ALSO: Criss Waddle To Release An Album To Clarify The Misconception About Him; First Song Drops Today

Unfortunately for them, it rained heavily on Monday as well, and that destroyed most of their electrical appliances and clothes.

Watch iOna speak about this unfortunate situation below

I’m Not Close With MzBel Anymore, She Didn’t Reply My Last...