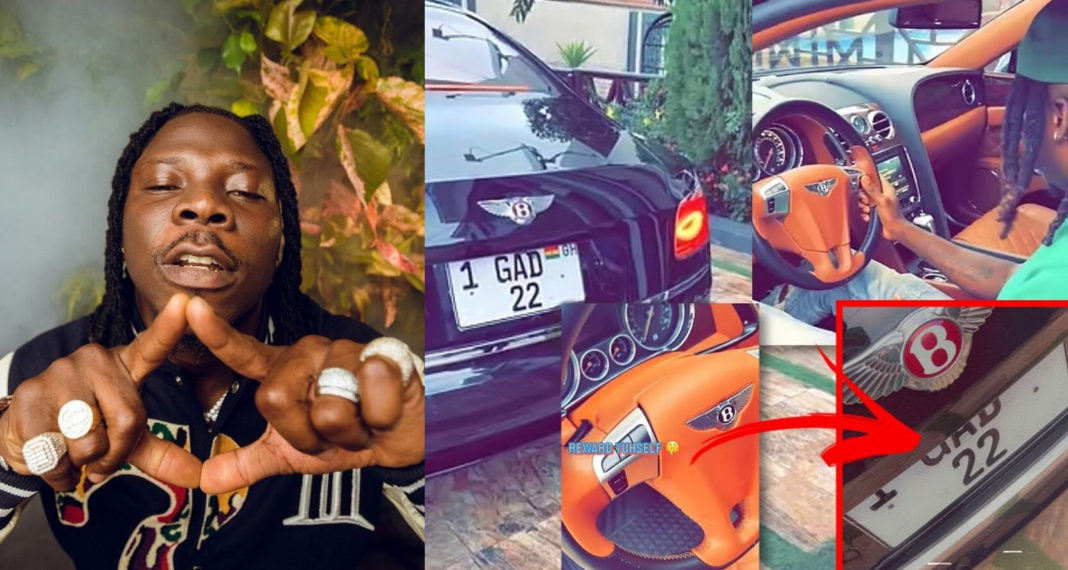 Stonebwoy‘s love and high taste for expensive and luxury acquisitions are obvious as she has on many events wanteBurtd to be noticeable for owning such.

Some videos spotted on his Snapchat and other social media pages capture him rocking a green top, and a cap over a pair of blue jeans while comfortably sitting in the driver’s seat of his brand-new Bentley Flying Spur.

The award-winning singer was again captured taking his new whip around as he flaunted the exquisite interior and logo on the wheel to indeed prove to her fans that he has indeed acquired one of the world’s most expensive and luxurious cars.

The caption of the various posts Stonebwoy shared online was simply about rewarding himself for all the hard work he has been doing over the years.