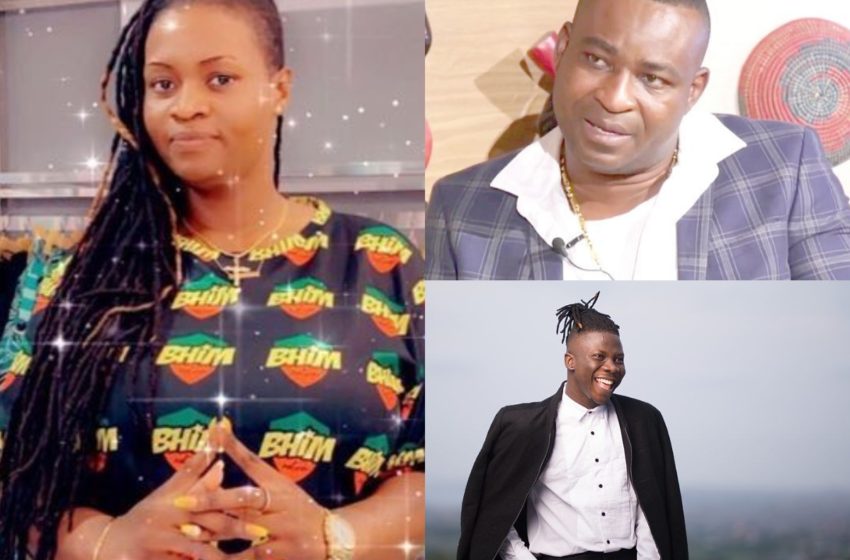 In the midst of wising Ayisha a happy birthday, Stonebwoy mocked the Ashanti Regional Chairman of the New Patriotic Party, Bernard Antwi Bosiako, otherwise known as Chairman Wontumi in a video sighted by Zionfelix.net.

Some few days ago, Chairman Wontumi who was talking about imperfection and made a quote from the Bible fumbled and struggled to say “Who Am I”.

READ ALSO: Shatta Wale Is Not My Father – Joint 77

After the video went viral, the CEO of Burnition Music Group was heard mimicking the NPP Asanti Regional Chairman and kept repeating the ‘Whom Am I’ gaffe phrase.

“If it is your birthday, Whom Am I?…You say you go spend the birthday for the here, Whom Am I?…If you say 12 0’clock you go come my house ah…who am I?” Stonebwoy recited while opening a bottle of champagne.

READ ALSO: Kwaku Manu Is Not ‘Correct’ – Watch Him Hilariously Weep And Beg NPP’s Chairman Wontumi Not To Speak English Again When He Is Angry

Ayisha Modi was wished a long life after the champagne was popped. The ‘Whom Am I’ chant continued after Stonebwoy and his team sang a happy birthday song to her.

A citation was also presented in honour of Ayisha Modi, who has been speaking passionately about issues involving Stonebwoy, Kelvyn Boy, Blakk Cedi and OV.

A joyous Ayisha was speechless during the birthday wish display by Stonebwoy and his team.