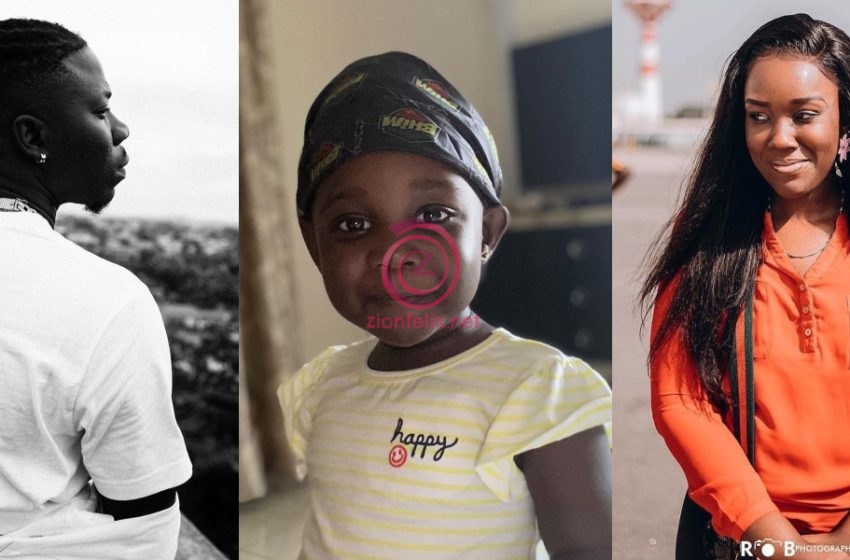 Stonebwoy’s daughter, Catherine Jidula Satekla, has stirred fun on social media after her latest video of her singing her dad’s viral song popped up online.

The video has Jidula trying to sing her father’s Putuu song which has gone viral since its release a few weeks ago.

In the video sighted by Zionfelix.net on the IG handle of the celebrity kid, Jidula was seen inside the house dressed in a jumpsuit.

Standing beside a couch, the little girl looks busy as if she is searching for something around the room.

A voice believed to be that of her mother, Louisa Satekla, wass heard singing parts of the song behind the scenes – an effort to get Jidula to start singing too.

Not long after that voice stopped singing, Jidula jumped in and started singing her version which was quite impressive and funny altogether considering Jidula is still mastering her speech.

The video was shared on the young lady’s Instagram account on August 3, 2020, with a caption that suggested she was looking for a vaccine for the Putuu virus.

“I’m still looking for the vaccine for the Putuu virus…”

Jidula’s video, as expected, got some of her followers laughing and sharing funny reactions:

ama_cherry_ig for instance wrote: “That camera ain’t stopping her from searching. She still be doing her own thing.”

itismeselasi also came in with: “I was just waiting for her own version.

Stonebwoy’s Putuu song has gained massive airplay in Ghana and is contending to possibly become most popular song in 2020.