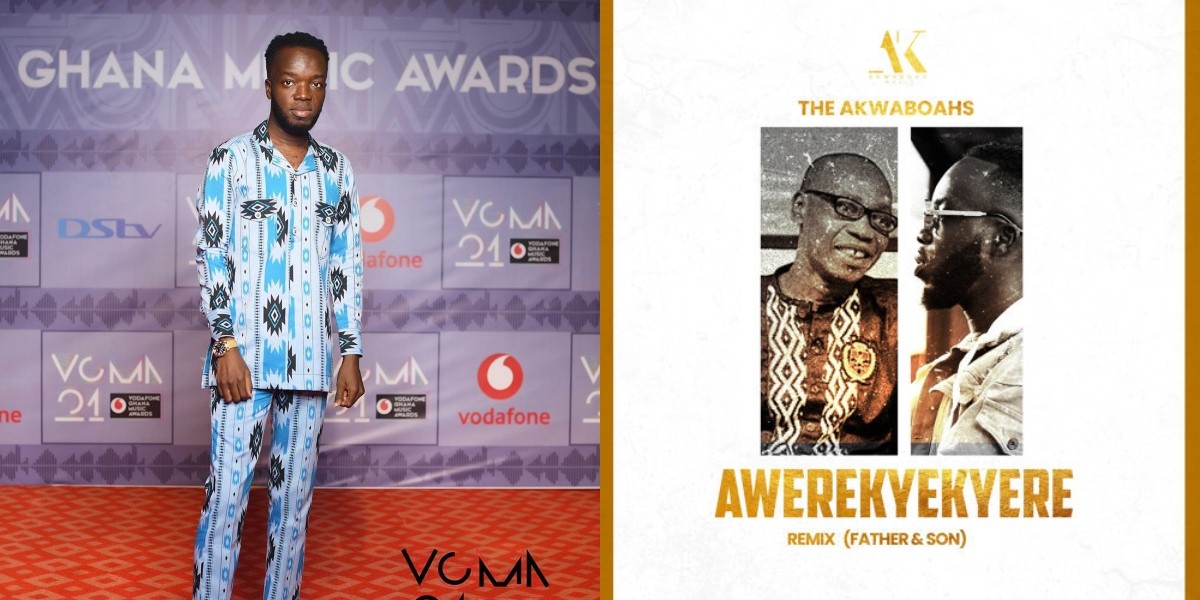 The long-awaited link up between Akwaboah senior and Akwaboah Junior has finally seen the light of day as they have remixed one of the classic songs Awerekyekyere.

The legendary Ghanaian Highlife singer, Kwadwo Akwaboah Senior teamed up with the silky voice Kwabena Akwaboah Jnr as they reworked his hit song.

In the video sighted by Zionfelix.net, the father and son were seen seated side by side as they did their business on the organ and as they brought their A-game voices as well.

The duo was backed by rather young vocalists and instrumentalists as they added a more trendy touch to the classic song.

Kwadwo Akwaboah’s song was produced many years ago and has remained one of the people’s favorite love songs for years.

Akwaboah, a master keyboardist, has played for a lot of local and international artistes including Hugh Masekela and John Legend, and has assisted several musicians to make it big in the industry.