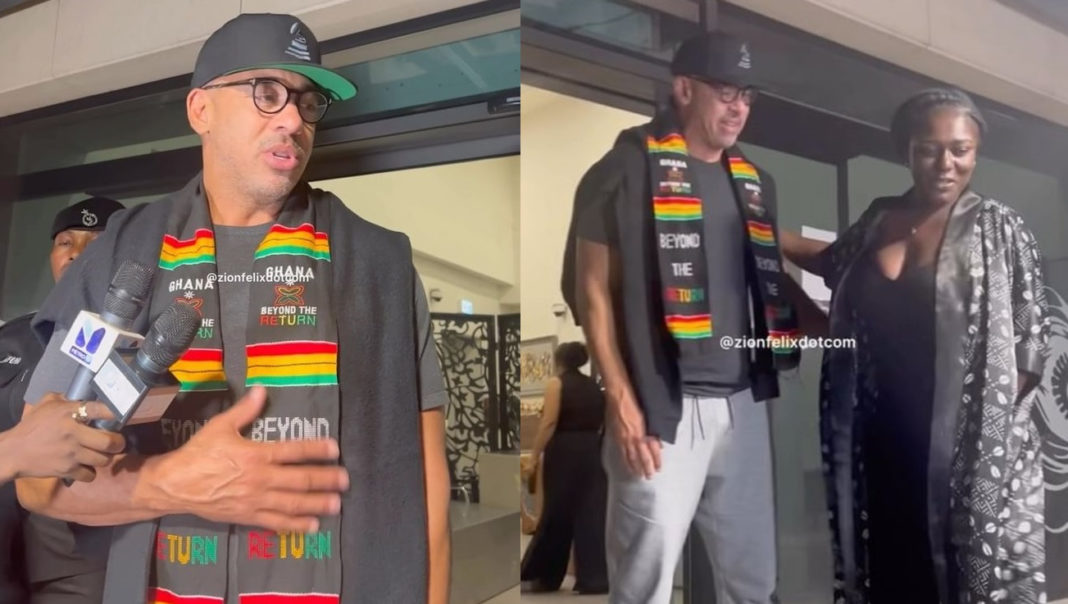 The Chief Executive of the Grammy Awards, Harvey Mason Jr., has arrived in Ghana for the 13th edition of the Grow, Unite, Build Africa (GUBA) Awards, slated for September 29, 2022, at the Kigali Convention Centre in Rwanda.

He arrived at the Kotoka International Airport on Sunday, September 25, 2022, and was met on arrival by the CEO of GUBA Awards, Dentaa Amoateng MBE.

READ ALSO: My Father’s Family Rejected Us When He Died, They Only Wanted His Properties – Xandy Kamel

From what we gather, Mr. Mason will participate in the Awards on the back of his nomination in the ‘Entertainment Mogul’ category of the awards this year.

However, before he finally makes his way to Rwanda, he will meet some stakeholders in the Ghanaian entertainment industry because the awards scheme per his revelation in a short interview at the airport is looking at adding a category that will award musicians who do Afrobeats.

Watch the videos of the moment he arrived below…