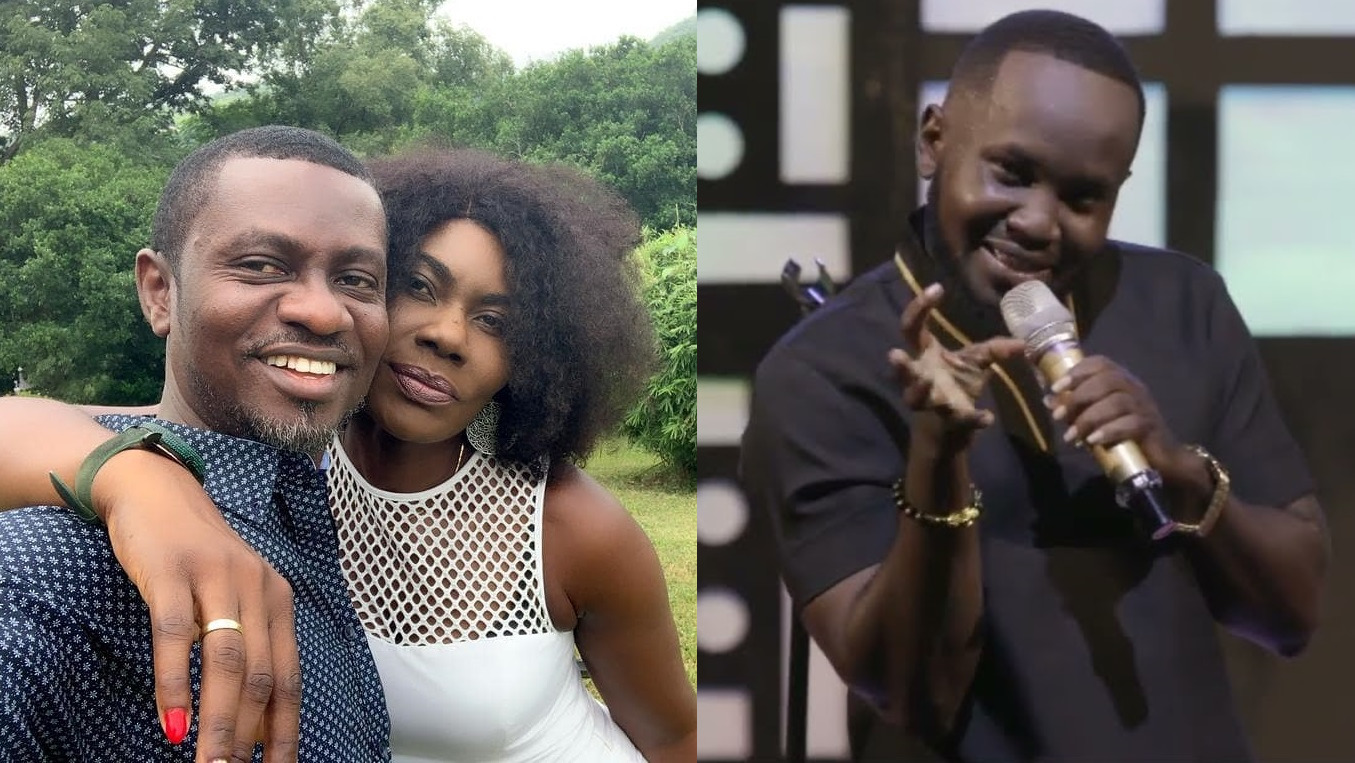 In a rather unexpected manner, Louisa Laryea who happens to be the wife of popular journalist, Israel Laryea has taken to social media to fire some direct shots at comedian OB Amponsah.

Louisa Laryea, who happens to be the wife of Joy Prime’s news anchor is not known to be one of the ladies who will open up about how dissatisfied she is with the whole enrollment program but shockingly she was in the news today over a comic video she considers as unnecessary.

READ ALSO: Black Sherif’s ‘Kwaku The Traveller’ Challenge Takes Over TikTok; Check Out Mind-Blowing Videos From Celebs And Others

According to OB Amponsah, Louisa Laryea called her earlier before taking to her Facebook wall to berate him because she was not happy about a joke he made out of her husband’s COVID battle and the side effects during his Popular But Broke show recently.

While in the opinion of OB Amponsah anything he said on that stage was simply meant to be a joke, Louisa did not feel the same and as such, she described him as a ‘STUPID miserable local comedian’.

She went on to add that OB Ampnsah would soon experience his ‘Will Smith moment’ if he did not change his ways, that is, get people to slap him if he went on the same tangent as a comedian.

‘There’s a very STUPID miserable local comedian so-called, by name #OB_Amponsah. Obviously another badly brought up child. Misbehaving all over the place in the name of comedy. His Will Smith moment beckons, if he stays his nonsensical course.#FoolishBoy’

Many netizens have been reacting to the outburst of Louisa in shock because they cannot fathom why someone who has always been an advocate of comedy will suddenly be mad over something that is meant to be a joke and not disrespect her husband, Israel Laryea.