Uncle Ato Announces The Death Of His Wife 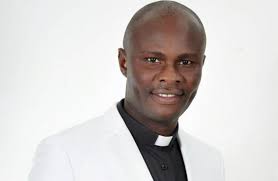 Earlier, there were some rumours about this sad news, however, Uncle Ato made the confirmation with an announcement via his social media page on Monday, November 14, 2022.

In the post, the award-winning gospel minister disclosed that the sad incident occurred on November 10, 2022.

The caption he added to the photo of his wife used to share the heart-breaking news online reads: “I officially announce the sudden death of my wife Mrs. Amen Ama Bruce-Ghartey on Thursday 10th November 2022. Kindly remember us in prayer.”

The sad news has been receiving a lot of reactions from Uncle Ato’a followers on social media who have been consoling him and sending messages of sympathy across.