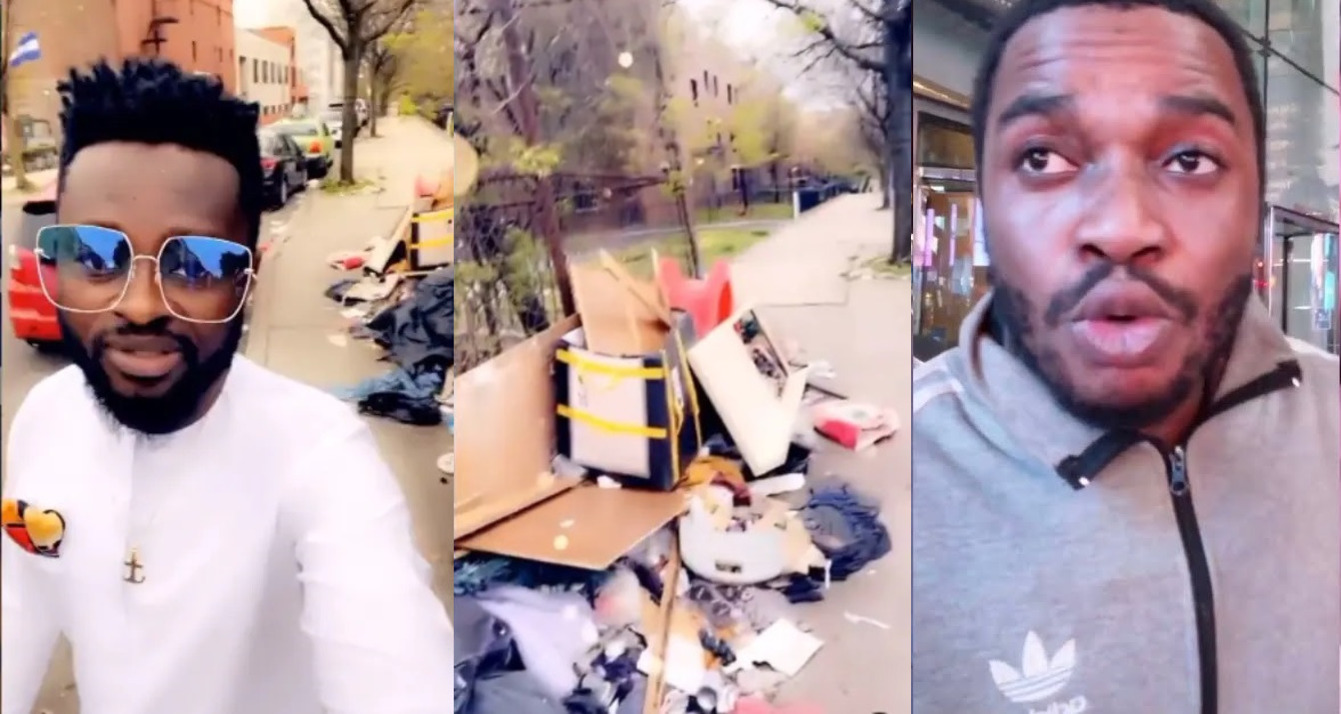 A Ghanaian USA-based gentleman has shared a video online to challenge the views of the popular social media sensation, Twene Jonas over his suggestions that the United States of America is the literal heaven one has heard so much about.

Even since he ditched his budding career as an actor and a farmer in the Brong area and landed in America, Twene Jonas has not passed the slightest opportunity he gets to blasts the leaders in Ghana because he feels they are not governing properly.

On countless occasions, he has insulted leaders in Ghana for mismanaging the country and being very lazy on the job.

Well, in this footage that is currently going viral on social media, the young man whose name is not disclosed recorded the surroundings of an area in New York City called the Bronx to suggest that America also has issues.

In the video, rubbish could be seen scattered on the floor with the streets looking really dirty, suggesting that they had not been cleaned or attended to in a long time.

READ ALSO: I Gave Birth As Soon As I Entered University So I Stopped Schooling – Ama Tundra Reveals

According to the young man, Twene Jonas‘ claim that the system in the US is working 24/7 is not entirely true because he (Jonas) carefully avoids the areas that have issues just like Ghana.

He further advised all Ghanaians who have been convinced to think that every part of the United States is great to emancipate themselves from mental slavery.

Watch the video of the guy below

Share
Facebook
Twitter
Pinterest
WhatsApp
Previous article
“Welcome Home To The Winning Team” – Serwaa Amihere Happily Says As She Welcomes Natalie Fort To GhOne TV With A Kiss (Video)
Next article
Anytime I Feel Like Giving Up, I Look At Nana Ama McBrown’s Picture To Motivate Myself – Araba Attah
- Advertisement -