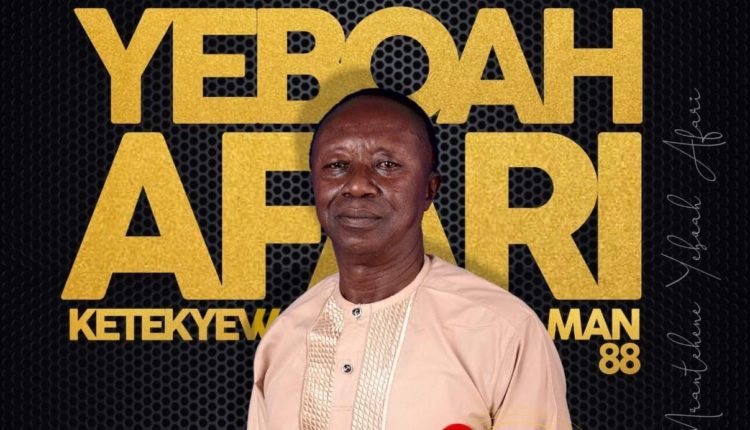 Zionfelix.net has picked up a report that sadly says that Mmrantiehene Yeboah Afari, a veteran broadcaster, has passed on.

According to the reports, Mmrantiehene passed away at the Manhyia Government Hospital in Kumasi on Saturday, September 17, 2022.

We gather he was rushed to the hospital after he took ill earlier in the morning.

The news of his passing has broken many hearts on social media taking into account the fact that he hosted his show on radio ‘Asem Mpe Nipa’ less than 24 hours ago.

Previously, he worked with OTEC FM and New Mercury.

May his soul rest in peace.